Hello friends, in today’s article we will see what kind of street light is used on the highway road and across the road from the house.

Apart from this, you may have also seen the road small lights today we are going to talk about their name and working process.

But first, we will see what kind of light is used across the express highway.

What type of light is used for highway/street lighting?

So many types of lights are used on the road but today we have to talk about the light that is used the most. The types are as follows.

High-pressure sodium steam lamps have been used for a long time, but such lamps are still used in places where there is a foggy atmosphere.

We get the light of this bulb in white colour. For this, mercury gas is used inside it.

Its full name is Light Emitting Diode. With the passage of time, the currency of LED light has increased everywhere. The main reason is to save electricity. 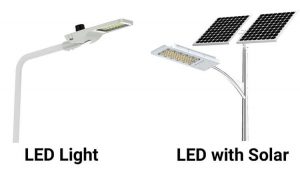 The only reason why a high-pressure sodium steam lamp is used today is because of fog.

How is the street LED light connection done?

Thus MCB is connected to the wire and delivered to the light above the pole.

In a wireless connection, a solar plate is placed on top of the light. Which uses solar energy during the day and stores it in the battery and uses it at night.

Name of the lights on the roadside:

Such lights are used on the side of the road between the roads and across the four roads.

Such light is known as Road Stud light. There are 2 types.

This is not a light of any kind. Only this works beyond the reflection of light. Radium is used on this. 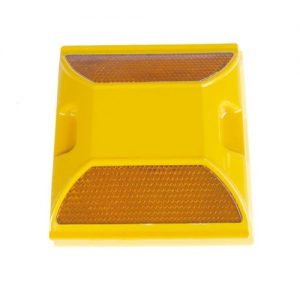 Whenever the light of our car crosses this, it is reflected and visible to us which makes us feel that it gives light. 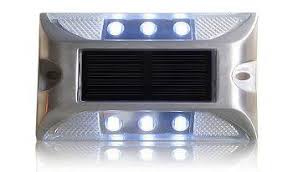 LDR (light dependent resistor), battery and circuit are used inside Active Stud Light. On top of this, there is 1 small solar panel which is charged during the day and at night this charged battery is used to run the LED in it.

What is Earthing | Difference Between Earthing and Grounding