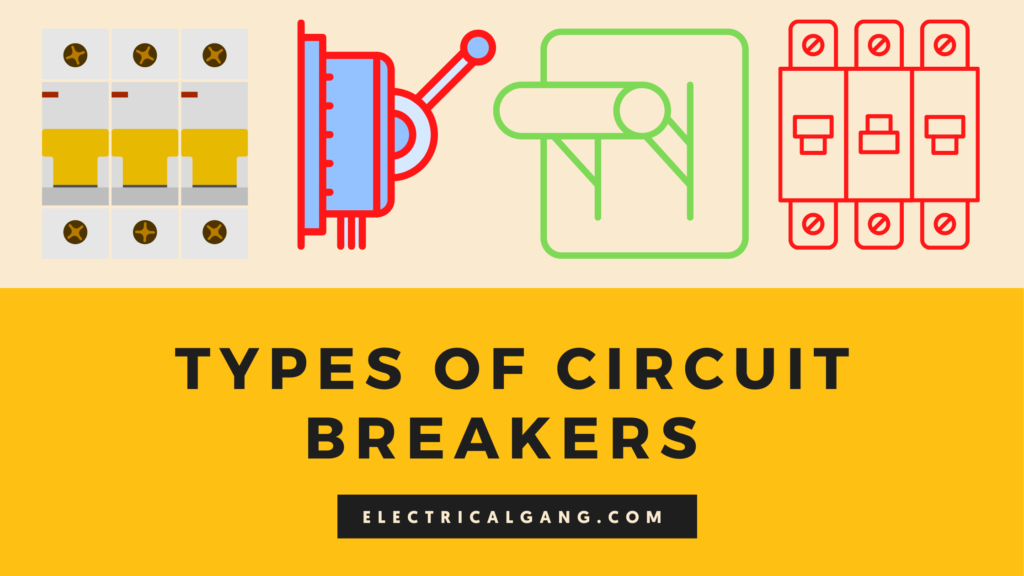 What is a Circuit Breaker? 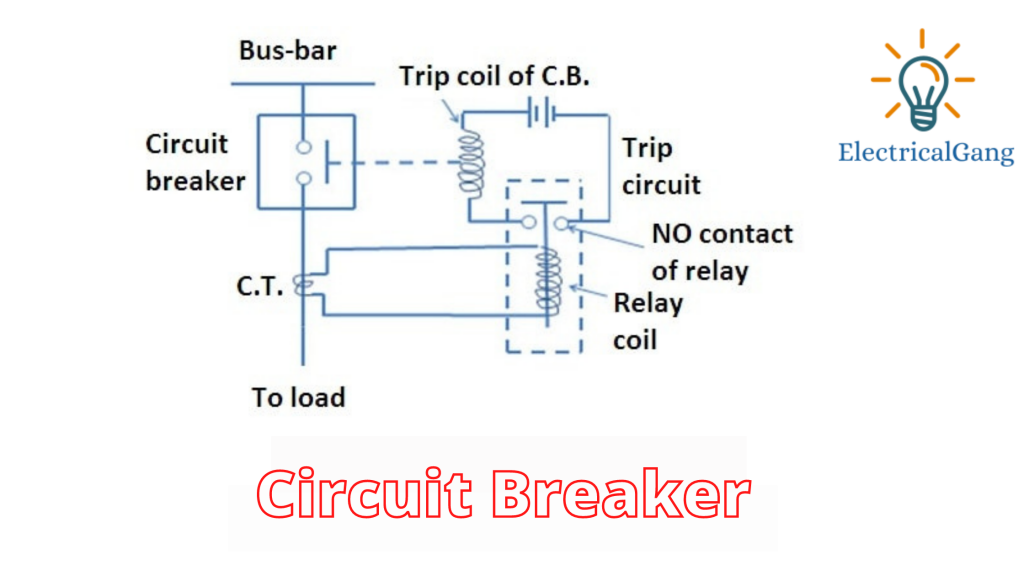 A circuit breaker is a type of switch used to protect and control an electrical system. In a sophisticated power system, the Circuit Breaker is designed for large currents that have been modified to avoid arc while operating. Electricity distribution comes from the power plant to the big grid station and from there to our home or office etc. which forms a very large circuit.

The lines that are connected to the power plant formed at one end are called hot wires and the other line connects to the ground which forms the other end. When an electric charge flows between two lines it develops potential between them. For a complete circuit, the connection of loads (devices) resists the flow of charge

And because of this, the whole electrical system works easily inside and outside the house. It works smoothly as long as there is a sufficient amount of resistance in any device. The heating of the wire in the device can cause a short circuit which can lead to a fire in such a situation which a circuit breaker is used to prevent it. Which prevents a major disaster like fire and cuts off this circuit.

The types of circuit breakers are as follows: 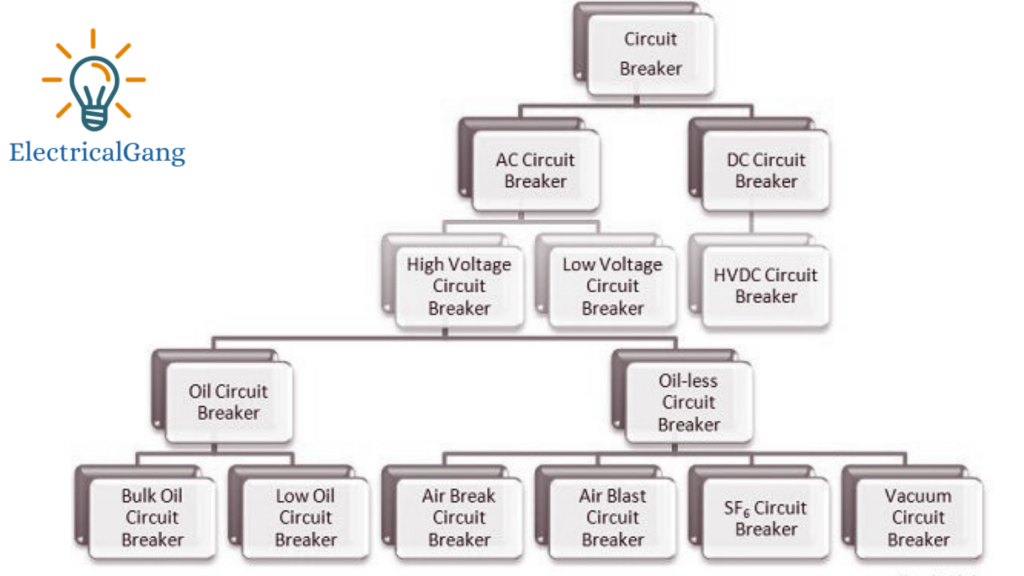 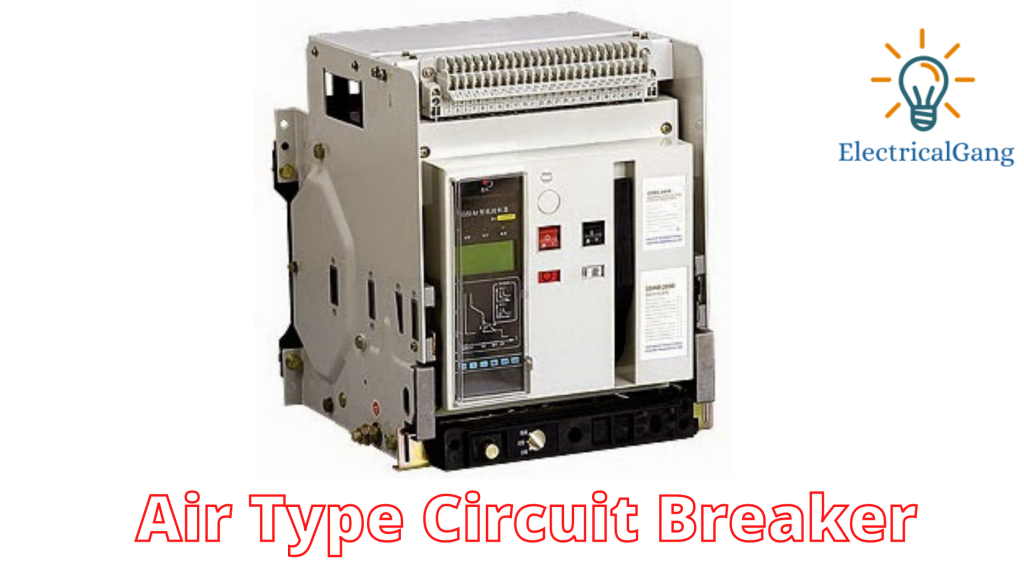 There are two types of air circuit breakers which are as follows:

Plain Air Circuit Breaker is also known as a cross-blast circuit breaker. This circuit breaker consists of a chamber located on the opposite side of the contact. This chamber is known as the Arch Cute. The arc is designed to carry a cute arc. An arc cute helps to achieve cooling of the air circuit breaker. Which is made from refractory material.

The inner walls of the arch chute are shaped so that the arc is not brought close. It carries to the approximate winding channel on the arc chute wall. The arch cute consists of many small parts with many sections which are metal split plates.

Each small section behaves like a mini-arc coating that acts as a metal split plate. When the arc is divided into a series of arcs, all arc voltages will be higher than the system voltage. Plain Air Circuit Breaker is better for low voltage application

There are two main types of Air Blast Circuit Breaker which are as follows: 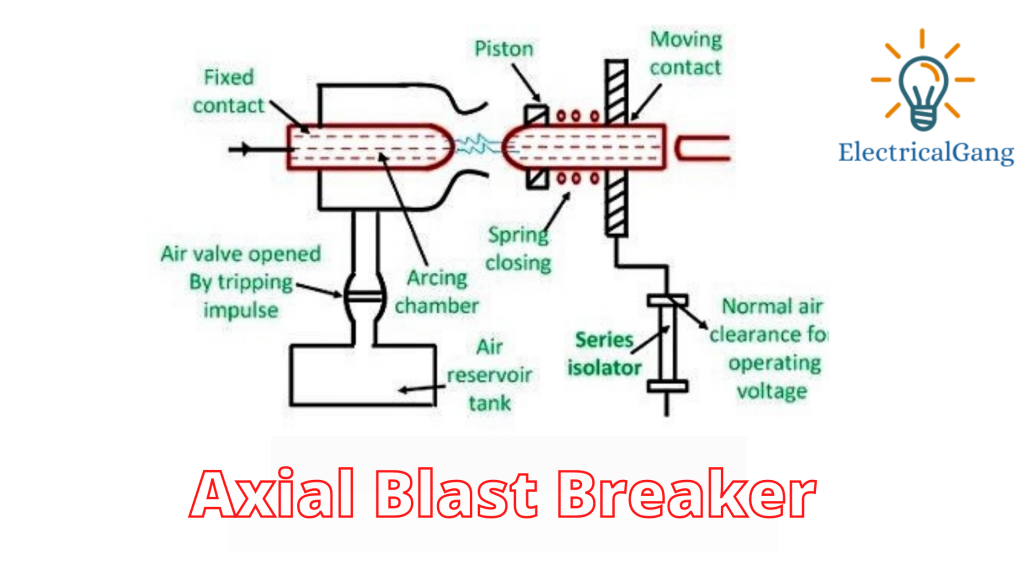 The moving contact of the axial blast breaker in the axial blast breaker will be in contact. The nozzle orifice is usually fixed in the closed condition in contact with the breaker. The fault occurs when high pressure is introduced into the room. The voltage is sufficient to sustain high-pressure air when the nozzle is flowing through the orifice.

The benefits of Air-Blast Circuit Breaker are as follows: 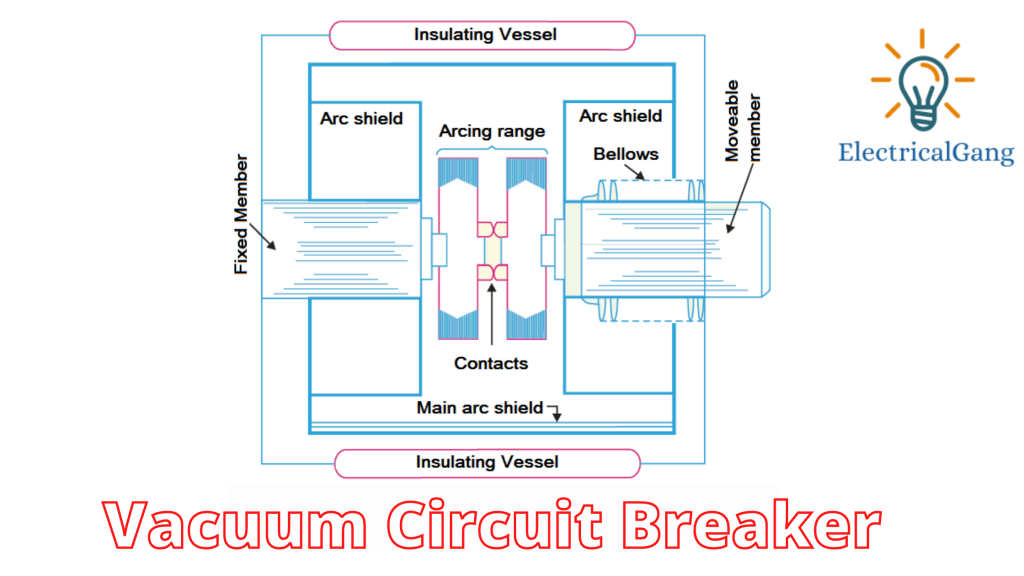 Vacuum Circuit Breaker uses a circuit in which a vacuum is used to destroy the arc. It has dielectric recovery retrieval, excellent interference, and can disrupt high-frequency currents that are superimposed on line frequency current, resulting in arc instability. The vacuum circuit breaker has two contacts in the principle of operation known as electrodes. In normal conditions, these are closed.

Assume that for any reason a defect has arisen in the system, the coils in the circuit breaker are excited and the contacts are separated from each other. The ephemeral contacts are opened in a vacuum, i.e. an arc is created between the contacts by ionization of the metal vapor of 10-7 to 10-5 tor contacts.

Here the arc is quickly extinguished, this happens because the electrons, metal vapors, and ions generated during the arc condense rapidly on the surface of the CB contacts, resulting in rapid dielectric strength.

The benefits of Vacuum Circuit Breaker are as follows: 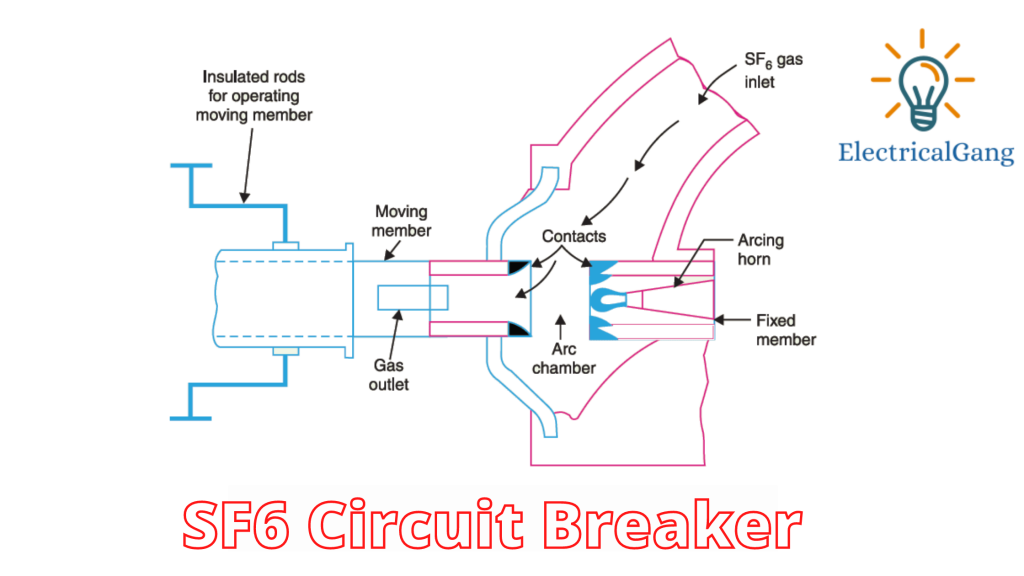 The SF6 Circuit Breaker uses SF6 under pressure gas to extinguish the arc. This is known as the SF6 circuit breaker It has excellent insulating properties and high electro-negativity. A negative ion is formed when a free electron collides with an SF6 gas atom; It is absorbed by that gas molecule.

There are two ways of attaching electrons to SF6 gas molecules.

Therefore, for heavier and less mobile charged particles in SF6 gas, it achieves very high dielectric strength. This gas has good heat transfer properties due to being vicious. It is used for medium and high voltage electrical power systems from 33 kV to 800 kV.

Types of Circuit Breakers in SF6:

The types of circuit breakers in SF6 are as follows:

The advantages of the SF6 circuit breaker are as follows:

The disadvantages of SF6 circuit breakers are as follows:

This circuit breaker uses high-quality mineral oil. It acts as a good insulating property in the proportion of air. In which both the moving contact and the fixed contact are completely immersed in the oil.

Read our article below to know more about this.

These devices critically monitor the functionality of the device. There are two types of standard circuit breakers: single-pole and double-pole.

1. What are the 2 types of circuit breakers?

There are two types of standard circuit breakers, one is single-pole breakers and the other is double-pole breakers. This is a simple breaker that works to monitor the speed of lightning as it rotates an indoor space.

3. What are the four types of circuit breakers?

Circuit breakers are classified into four main types based on arc extinction as follows:

4. What is a circuit breaker and types of breakers?