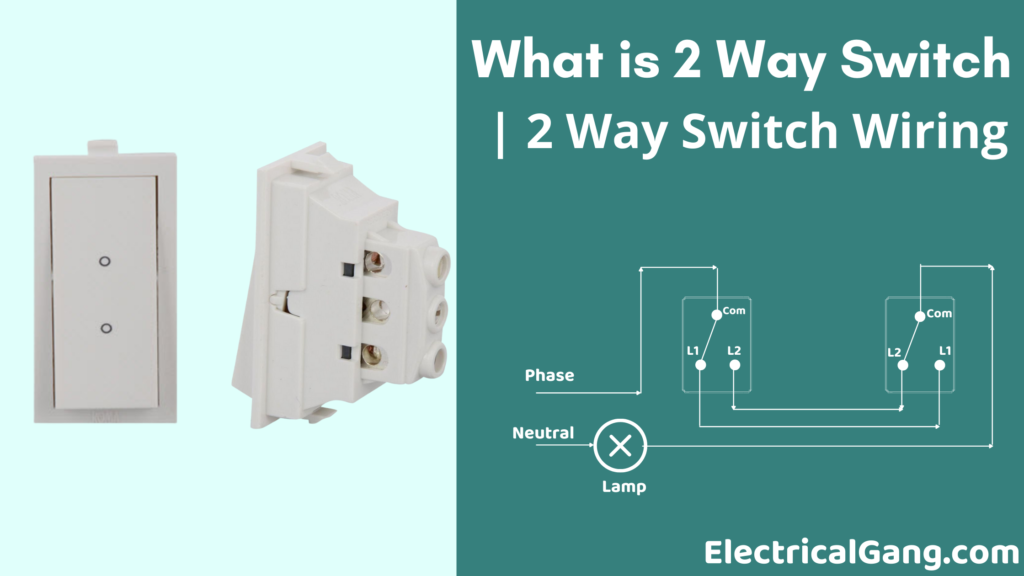 One way and two way are these two electrical type switches. With the help of a 2 -way switch, we are also active in controlling the light fan which we want to control, which operates from two places. In today’s article, we will see what a 2 -way switch is, why the wiring function of this switch is, etc. We will discuss this in detail today.

A 2-way switch is used to turn the same light or fan on and off from two different places. This switch is especially used in the area of ​​the stairs or in a room that has two entry points. This type of switch is commonly used in some house wiring and in industrial applications. 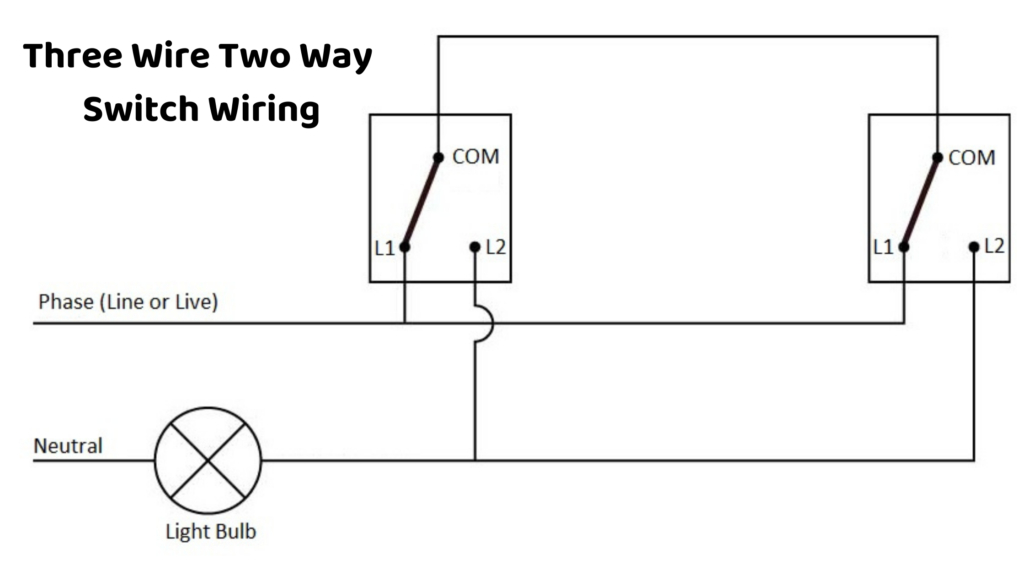 In the case of digital electronics, the configuration of three-wire two-way switch wiring is similar to that of the EX-OR gate.

The front and rear of the two-way switch are shown in the picture below: 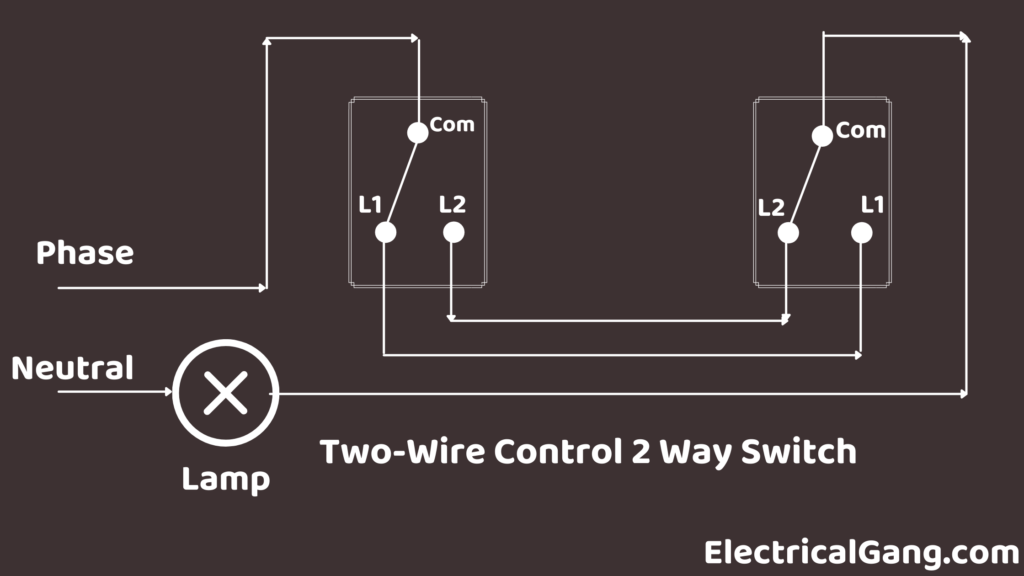 This configuration is similar to the EX-NOR gate of digital electronics.

In the schematic diagram above, the light mode is off, but the light is turned on when the switch is toggled.

When a bulb is controlled by two switches, a gang 2-way switch is used. Whose figure is as follows. 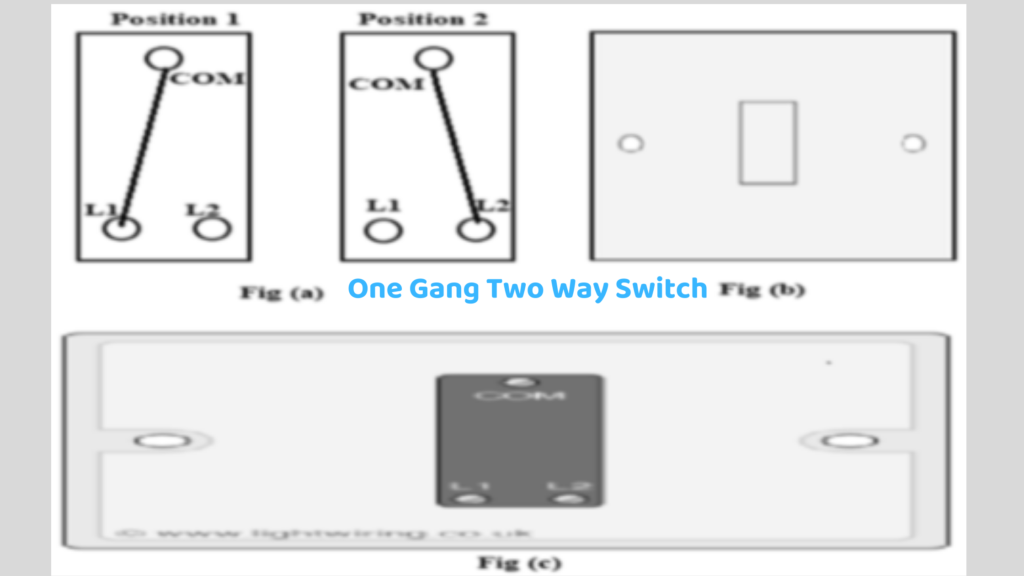 There are three types of circuits: open circuit, close circuit, and short circuit. When the switch is in the off condition, it is known as an open circuit. The terminology related to the switch varies between the US and the UK. In the UK, they refer to 2-way switches and cross-over switches. While the US refers to a three-way switch and a 4-way switch.

US terminology is used in this definition. Let’s start with the basic idea of ​​a light switch in an electric circuit. The basic circuits for turning lights on and off are shown in the figure below. 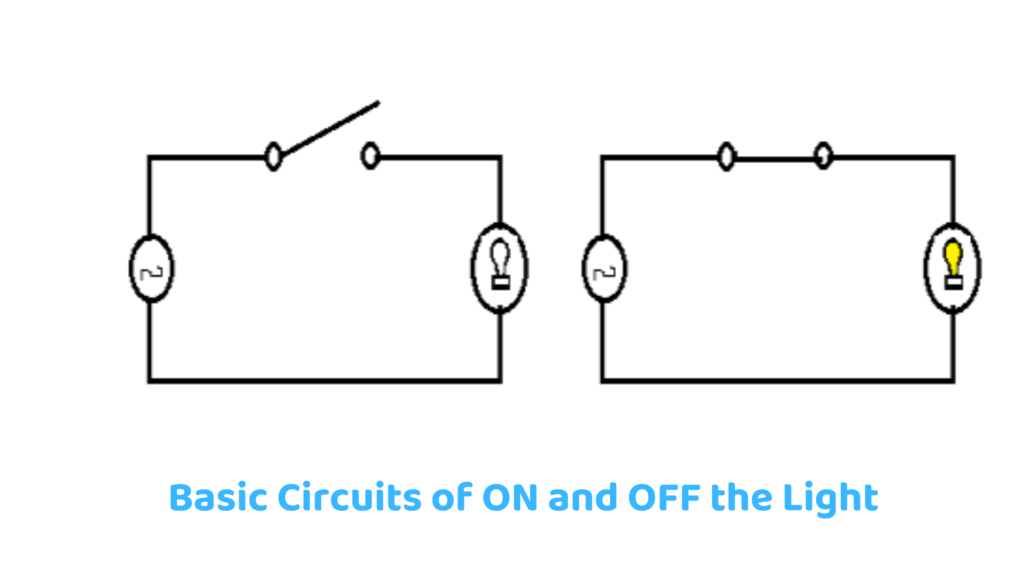 Suppose you have two entrances to enter a room. Now you will need different types of switches called three-way switches as it has three terminals. Between the two switches, both lines are called passengers. So you can turn the light on and off with the first switch and do the same with the second switch. Or you can turn on the first switch and turn off the second switch.

A 4-way switch is used to control a single light from more than two spaces. And it’s just across a switch or a cross-over switch that has two positions. This switch is installed between two switches and toggles the active passenger. This means that in any switch, the lights are on or off; with this concept, you can add an infinite four-way switch to the circuit. Multi switching is shown in the figure below. 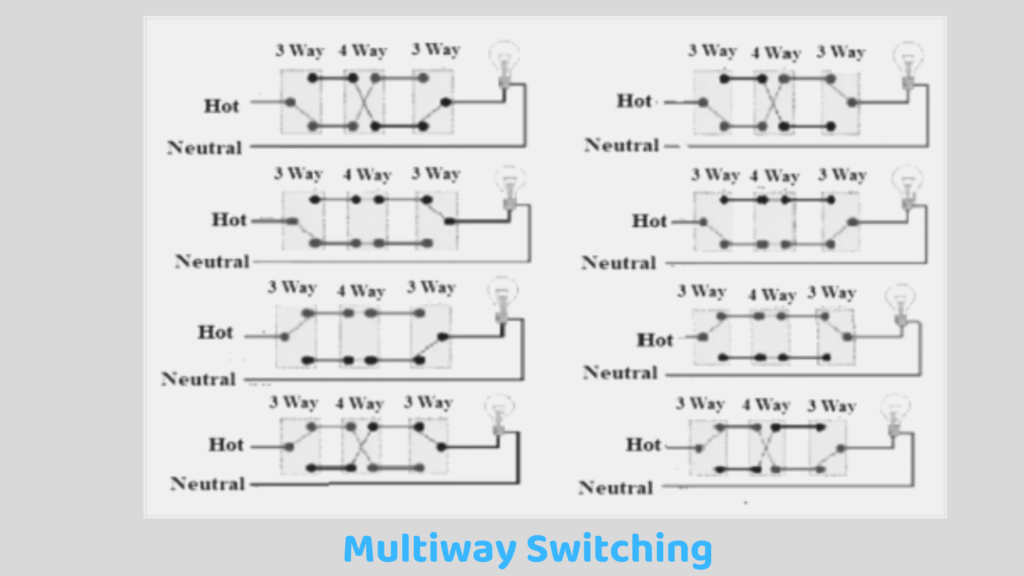 The prices of 2-ways witches manufactured by some companies are as follows:

Precautions for Safe Use:

Some precautions for switches are outlined below: 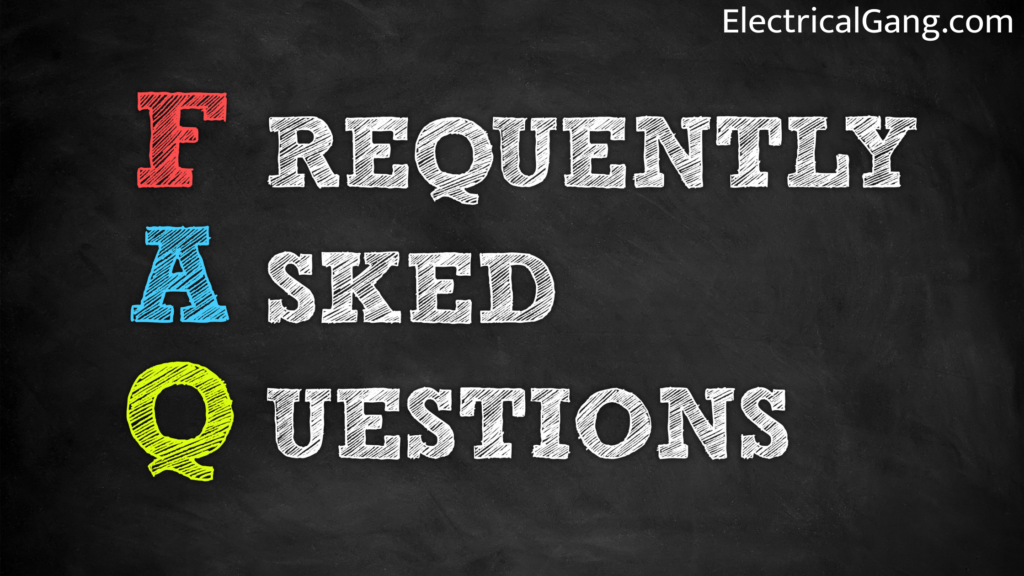 What are 1-way and 2-way switches?

Two-way light switching works by keeping two wires between two different switches. This is what both wires do. So this wire acts as an alternate bridge point between the two switches, which allows them to connect the circuit to the light source from either switch.

What is the difference between a 2-way switch and a 3-way switch?

A 2-way switch or a single pole double throw switch is a three-terminal switch. One of these terminals is the input power, and the other two terminals are the output. Because it uses two switches and one device. In a three-way switch, you use two controls on the same device from two different locations.

What are the advantages of a two-way switch?

The advantage of 2 way switch is that you can easily operate the same device from two places. This is used in the area of ​​stairs and in large bedrooms.

How does a two-way switch work?

What is the two-way switch?

If we say two-way switch easily, you can easily operate a single outlet from two places or by means of two switches; it is known as a two-way switch. Like the switch for the stairs, you can operate it from both the top and bottom positions.