Hello friends, in today’s article we will see what are the 3 ways to change the pole in the induction motor.

One way to change the pole is to control the speed in the induction motor. This method of speed control by pole changing is mostly used for cage motors. This is because the cage rotor develops a lot of poles on its own. Which is the same as the play of the stator winding.

The number of stator poles can be changed in the following 3 ways.

In this method, there are 2 windings in the part of the stator, which are set according to the different poles in the stator. And only one winding at a time is stimulated. The main thing is that the motor has 2 windings for 6 and 4 poles. For a frequency of 50 Hz, the synchronization speed will be 1000 and 1500 revolutions per minute, respectively. This method of speed control is less efficient and more expensive.

In this method, the winding of the same stator is divided into a group of few coils. And the ends of this mixed coil are brought out of the stator. The number of poles can be easily changed by changing the joint of the coil. In the study, the stator windings are divided into only two coil groups. The number of poles can be changed in a ratio of 2: 1.

The following figure shows the single-phase winding consisting of 4 coils. The coils are divided into two groups called A-B and C-D. 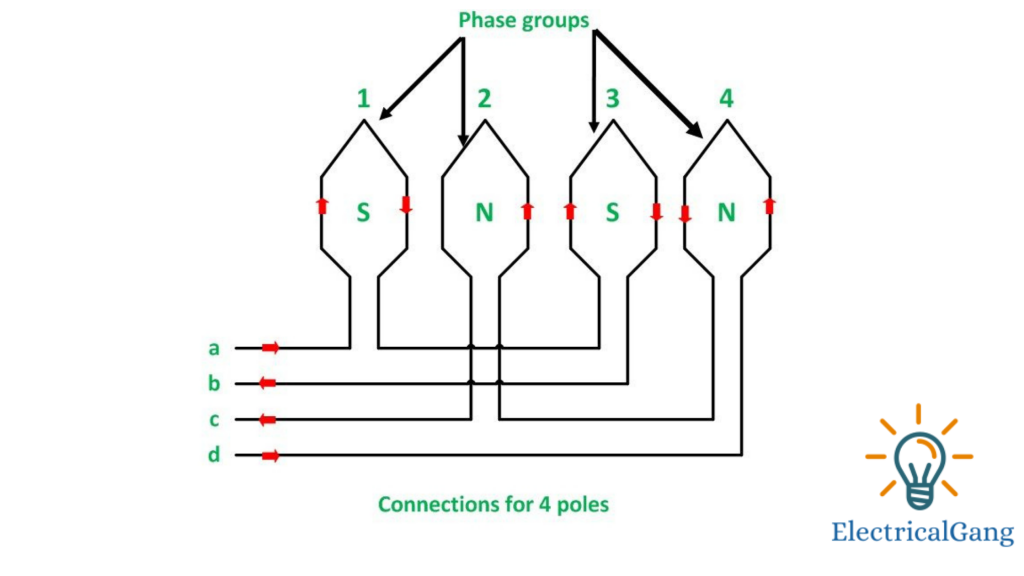 The terminals a, b, c, d are taken out as shown in the above figure. The coils are carrying current in the given directions by connecting coil groups either in series or in parallel as shown in the figure below. 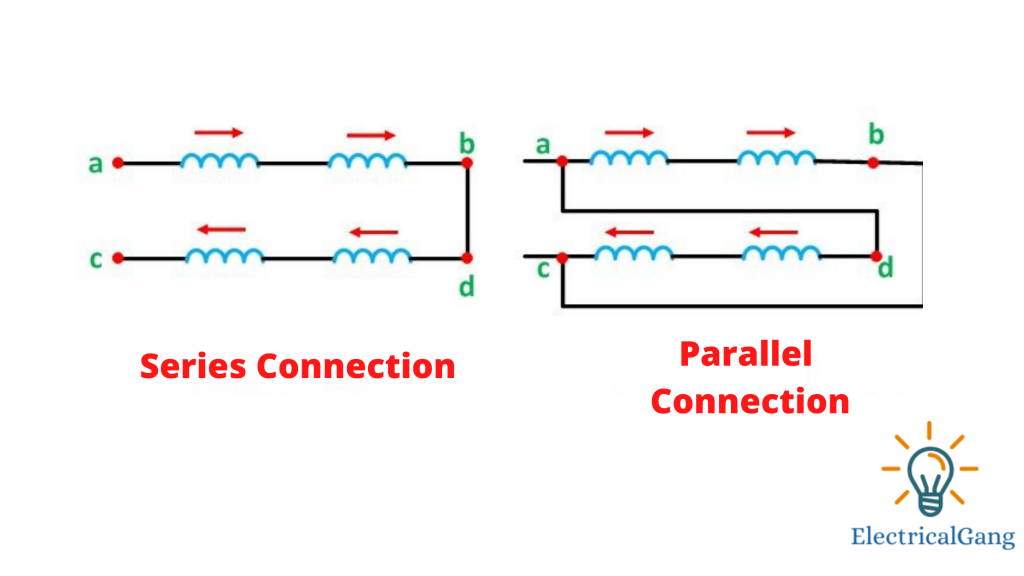 A total of 4 poles give us a speed of 1500 RPM according to the 50 Hz method. If the flow of coils a and b is to be changed then all other coils will produce an N pole. As shown in the figure 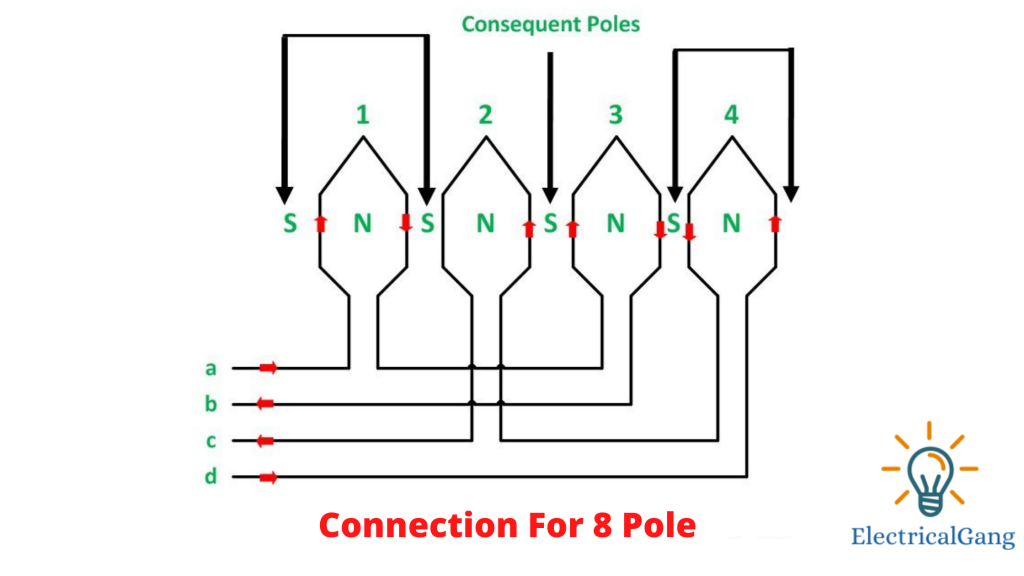 A total of 4 poles give us a speed of 1500 RPM according to the 50 Hz method. If the flow of coils a and b is to be changed then all other coils will produce an N pole. As shown in the figure.

Similarly, the machine has a double pole than before. And the synchronous speed is halved to the previous speed (i.e., 750 rpm). The above principle can be extended to all three phases of an induction motor. By choosing a combination of series and parallel connections between the coil groups of each phase.

Also, the star or delta connections between the phase speed change can be obtained with constant torque and constant power operation or variable torque operation.

Andrew is a researcher and tech writer passionate about all things tech. He has written for many different publications and websites and has a wealth of knowledge to share.