Hello friends, in today’s article we will see what is Static Kramer Drive and what is its working method.

The Static Kramer Drive converts the sleep power of the induction motor to AC power and supplies it back to the line. Sleep power is said to be caused by the air gap between the rotor and the stator of the induction motor. Such power is not converted into mechanical power which is the loss of this power. In this way, the Static Kramer Drive manages the power in vain. This method only applies when the drive speed is less than the synchronous speed. 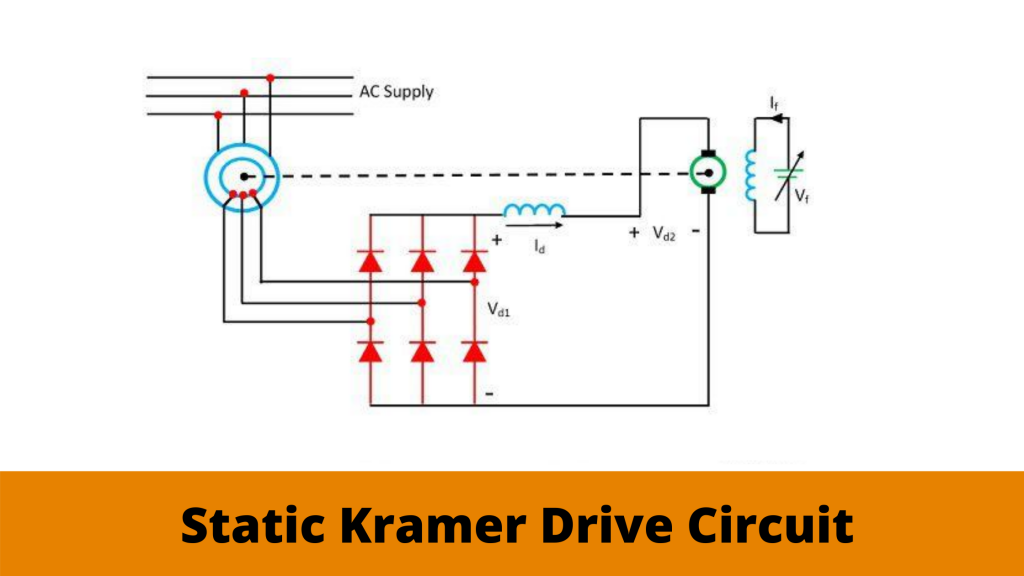 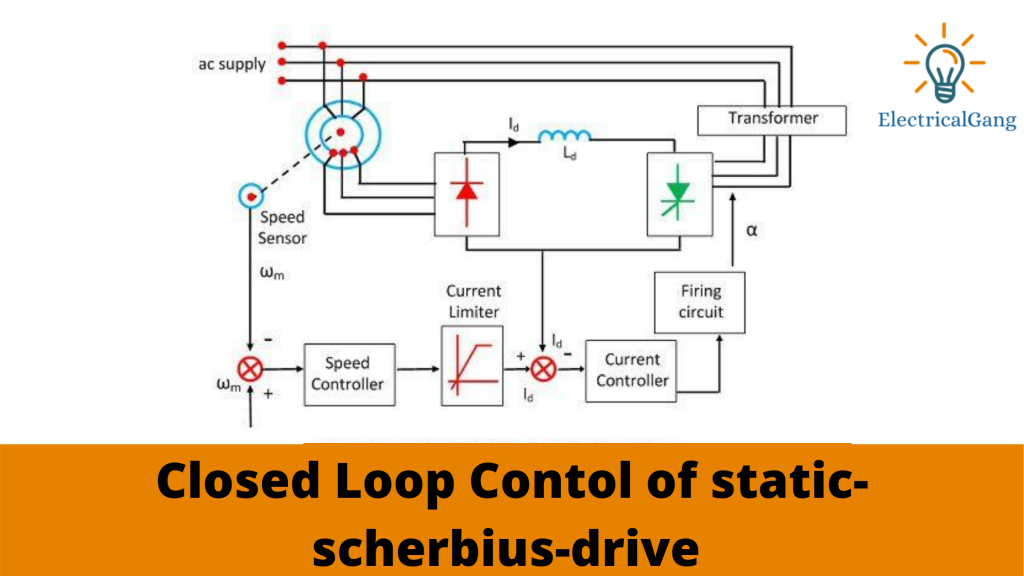 As shown in the figure, the field current of the DC motor represents the variation of VD1 and VD2 with the speed of two values. Thus the value of VD1 is the same as VD2. Only then the steady-state operation is achieved in the drive. This means that for field flows of I1 and IF2 at A and B.

Such speed control is possible only when the speed of the motor is half or less than the synchronous speed when the motor is to be driven at a higher speed. This is connected to the thyristor bridge instead of the diode bridge. The relationship between VAD1 and speed can be changed by controlling the firing angle of the thyristor bridge amplifier. The speed can now be easily controlled to stabilize