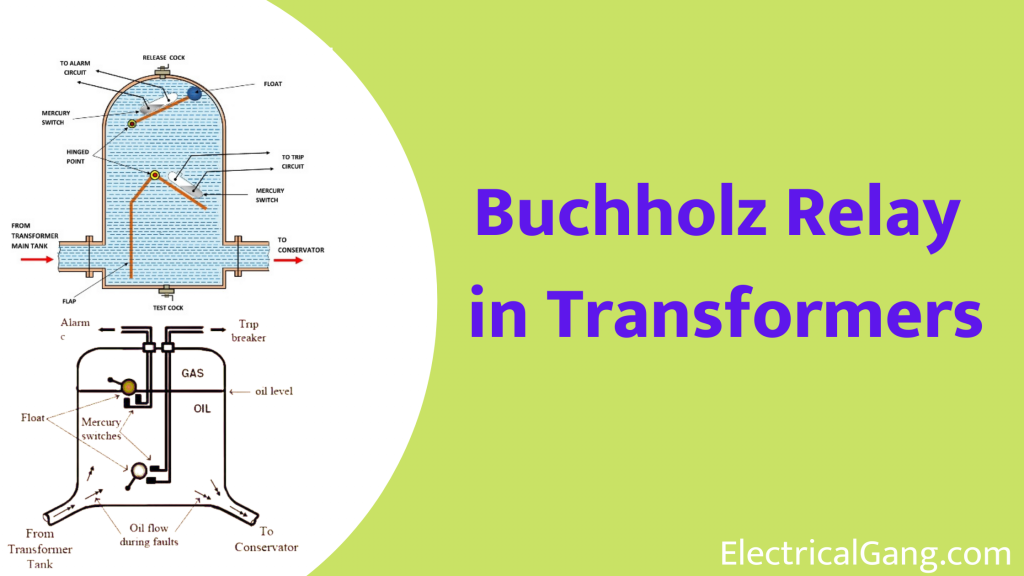 The Buchholz relay was first used by Max Buchholz in 1921. Relays are used for security purposes. Which we use for power transmission and distribution.

When the transformer was closed, it has a big economic impact on the power supply network operation. Thus, it aims to ensure accurate measurement of the position of the transformer. In today’s article, we will see what is Buchholz relay, what is its construction, what is the working principle of Buchholz’s relay is, and what are its uses.

What is Buchholz Relay? 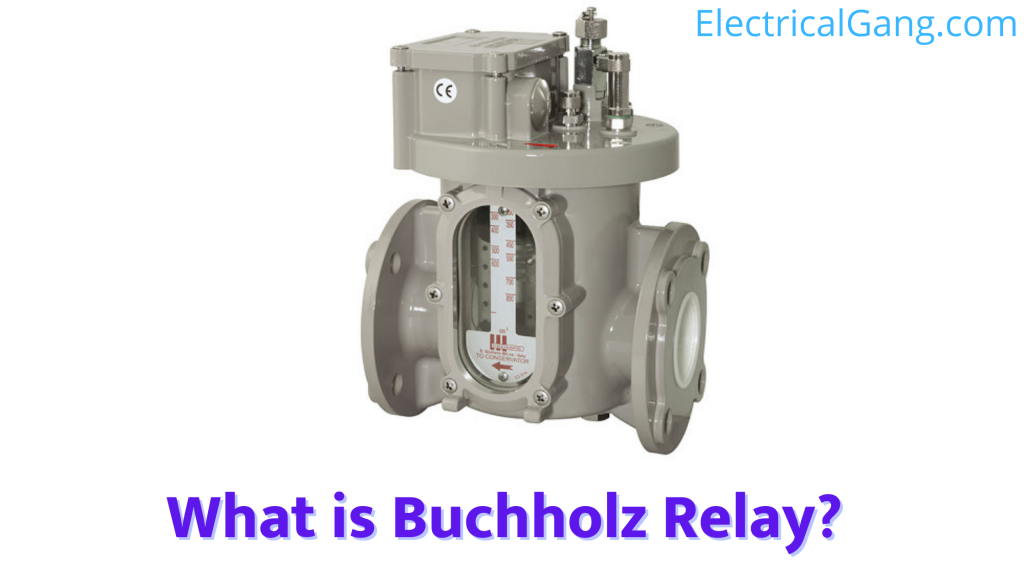 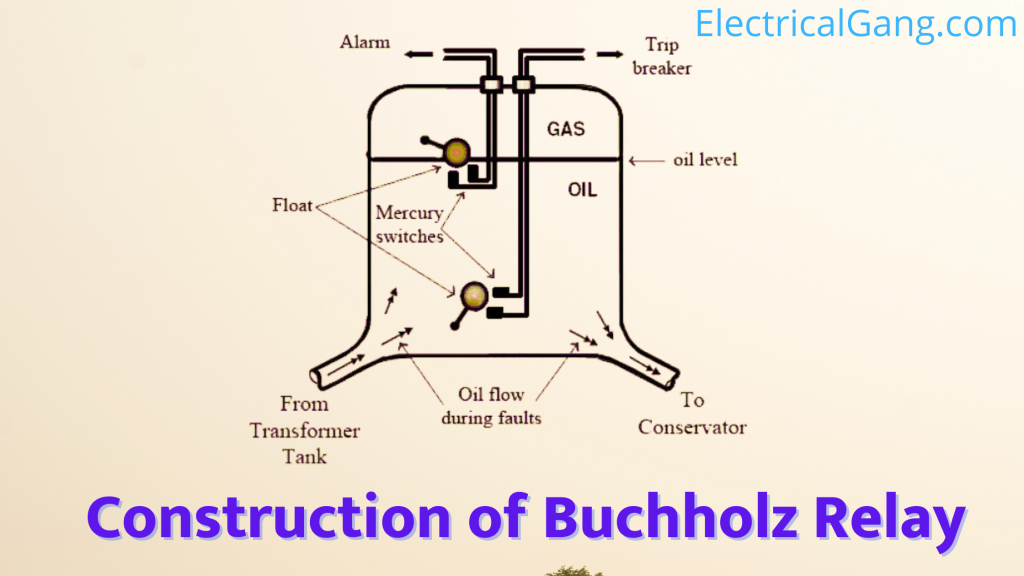 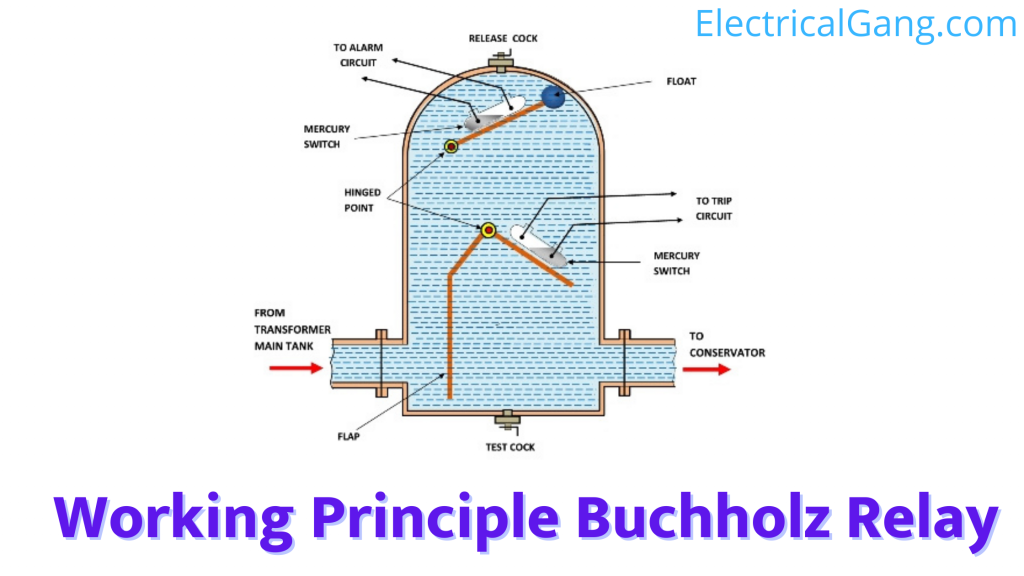 Different hydrocarbons will decompose into gases, such as CO2 and CO. Until the transformer insulating oil dissolves, Buchols will accumulate at the top of the container, causing the oil level in it to drop. Lowering the oil level means lowering the float position and tilting the mercury switch. The contact of this mercury switch is closed and the alarm circuit is activated.

Sometimes bubbles of air can accumulate in the upper part of the Buchholz container due to leakage in the main tank of the transformer. This will also lower the oil level in the tank and activate the alarm circuit. By collecting and analyzing the gas from the gas release point at the apex of the relay, we can know that we can predict the faults of the transformer.

Extremely serious faults such as a short circuit occurring between the phase and the earth are the faults in the tap shifting equipment which brings a surge in the oil and which strikes the baffle plate. And causes the lower level mercury switch to shut down.

How Does A Buchholz Relay Work? 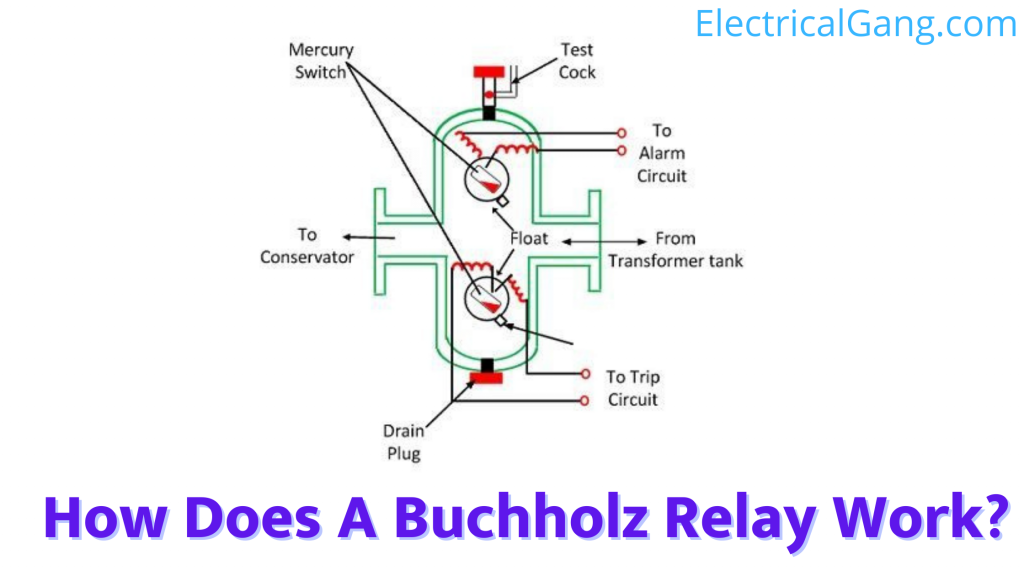 Whenever there is a major or minor defect in the transformer, heat is emitted by the defect. And this heat is the main cause of the decomposition of oil. So that gas bubbles are created and continue to flow upwards which gathers the Buchholz Relay.

The collected gas transfers the oil and hence the displacement is equal to the proportion of the collected gas. Due to the transfer of oil the upper mercury switches off due to the above float. Which is connected to the alarm switch. So this alarm is activated even if any small problem has occurred. The amount of gas stored indicates the severity of the defect that occurs.

The small problem is not enough to move the bottom float so the bottom float does not affect. If there is a major defect like a phase-to-earth short circuit then a large amount of gas is produced in such a problem. This gas will go up just like a small fault but this gas is enough to bend the bottom float. In this case, the lower float can source a low mercury switch that can travel from the supply to the transformer.

The methods for testing Buchholz Relay are as follows:

The Benefits of Buchholz Relay Are as Follows:

The disadvantages of Buchholz Relay are as follows:

The application of Buchholz Relay are as follows:

The Buchholz Relay operates in three main scenarios as follows: