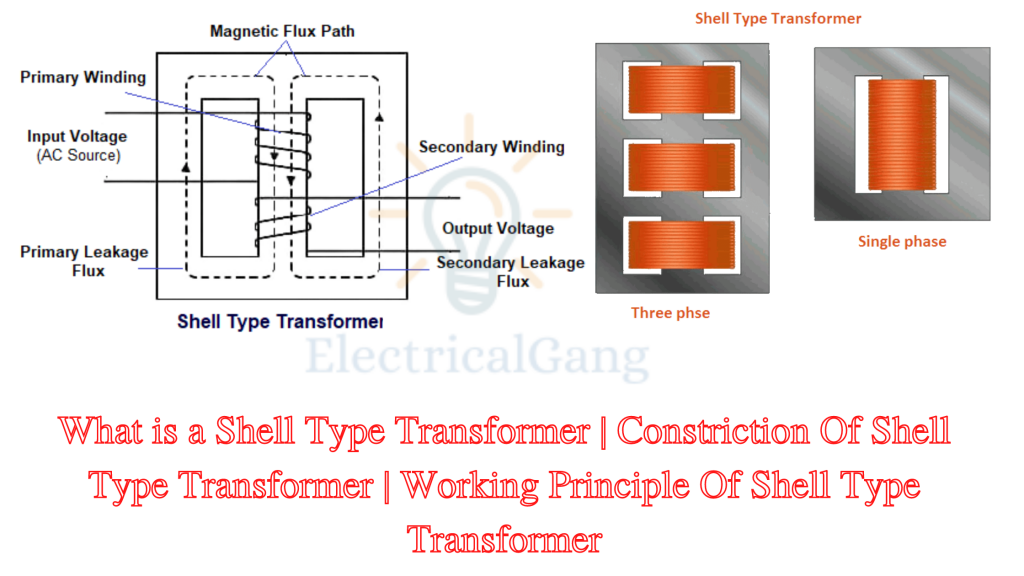 A transformer is a static device whose use plays an important role in transferring power from one circuit to another. Due to the principle of electrical magnetic induction, this is possible without any change in its frequency.

There is also a change in voltage and current. The main function of a transformer is to increase or decrease the voltage in AC power. The transformer can be divided into two sections depending on its construction, one is the core type and the other is the shell type.

What is a Shell Type Transformer?

Definition: The appearance of this transformer is rectangular in shape which consists of three essential parts like one core and two windings.

Whose diagram is as follows: 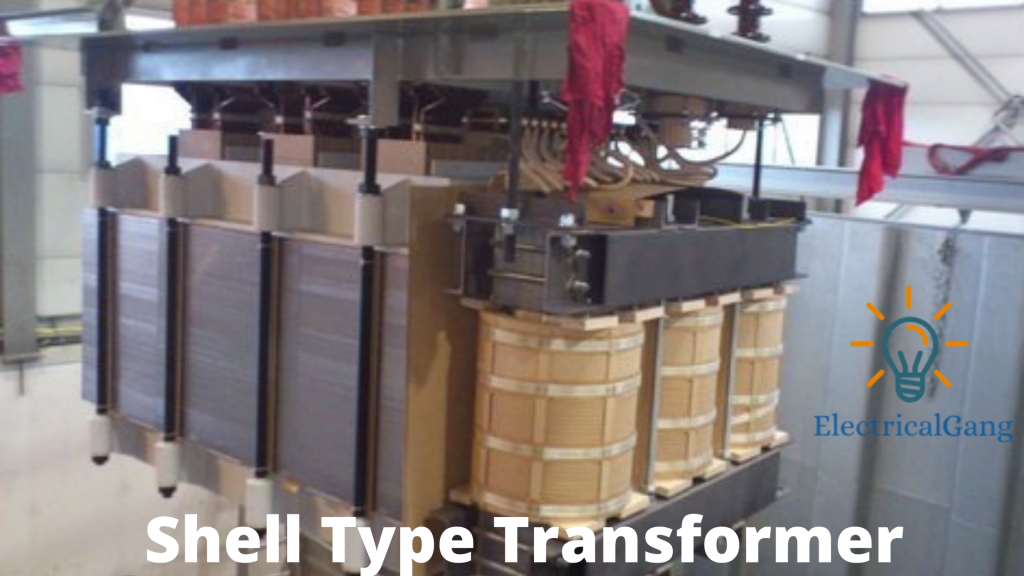 Thus two windings named primary and secondary are included which are arranged in one part of the transformer. The coil of this transformer can be wound in the form of a multi-layer disc where these layers are insulated from each other by paper.

Such transformers are used for low voltage and high ratings. Cooling in this type of transformer is not effective. The winding of such a transformer is distributed in a systematic manner so that its heat can be dissipated naturally.

This winding is also known as sandwich winding or disc winding, it has high mechanical strength but is just as difficult to maintain. The cooling system of the Shell Type Transformer uses forced air or forced oil. 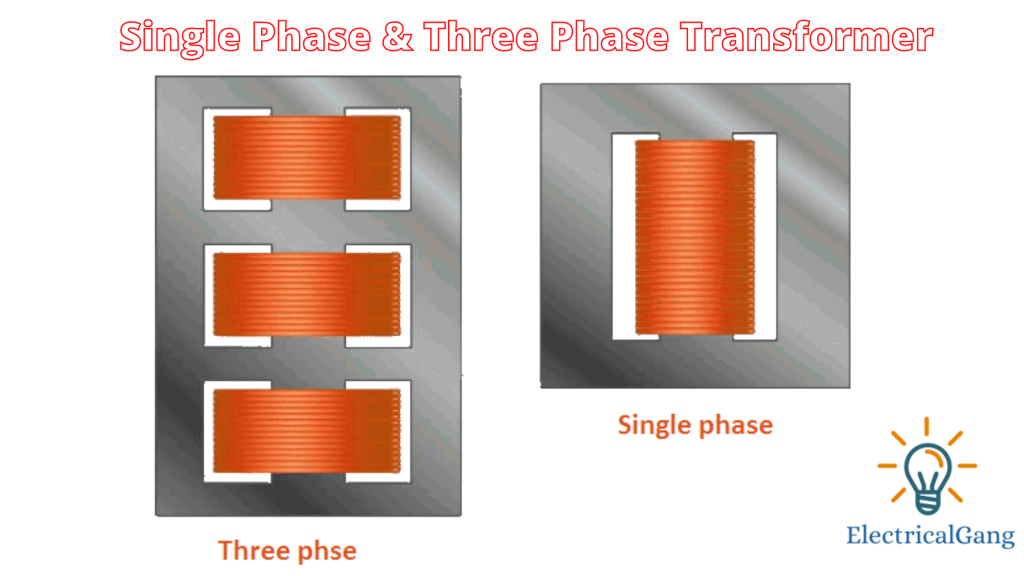 In a shell-type transformer, lamination is formed in the shape of “E” and “I”. These two pieces are aligned in opposite directions to each other so that the high reluctance at the joint can be reduced.

Alternate coats are stacked separately to get rid of the permanent joint. This transformer consists of 3 main limbs with total current flowing in the middle limb while the remaining 2 limbs have partial flux.

That is why the width of its middle limb can be increased to the outer part. In this, both windings of a transformer like low voltage and high voltage are formed on the middle limb.

Doing so eliminates the possibility of leakage. Once the primary coil is stimulated it produces a flow so that it can cut the next coil. Therefore when producing current it immediately cuts the coil with low leakage to produce the required output voltage.

The advantages of Shell Type Transformer are as follows:

The disadvantages of Shell Type Transformer are as follows:

The applications of Shell Type Transformer are as follows: