Hello friends, in today’s article we will see what is the potential transformer, why is it constructed and what is the working method of using it. Please read this article in full to know all this. Transformers are electromagnetic inactive devices that work on the principle of electromagnetic induction, which sends electrical energy magnetically from one circuit to another.

This includes two windings, one is the primary winding and the other is. Secondary windings Both windings are magnetically connected without any magnetic core and are found to be electrically separated.

The transformer sends electrical energy radiation (voltage/current) from one winding to another winding (coil) by mutual induction.

What is the Potential Transformer?

The output of a low voltage circuit can be measured by a voltmeter or wattmeter. This can increase or decrease the voltage level of the circuit without changing its frequency and windings.

The working principle of this transformer, construction is similar to other transformers. 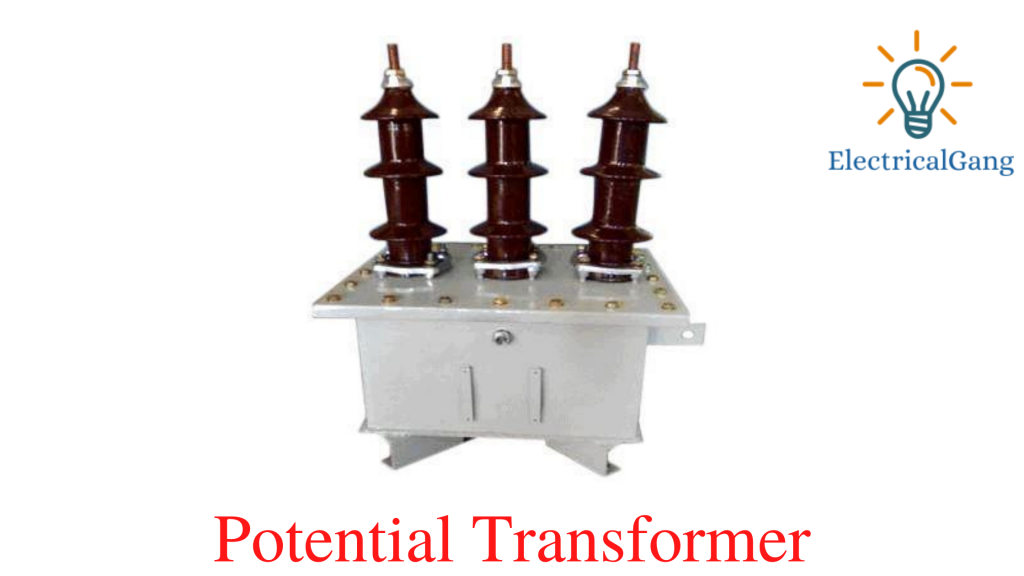 The primary winding and the secondary winding are magnetically connected to each other without any connection between the two windings. 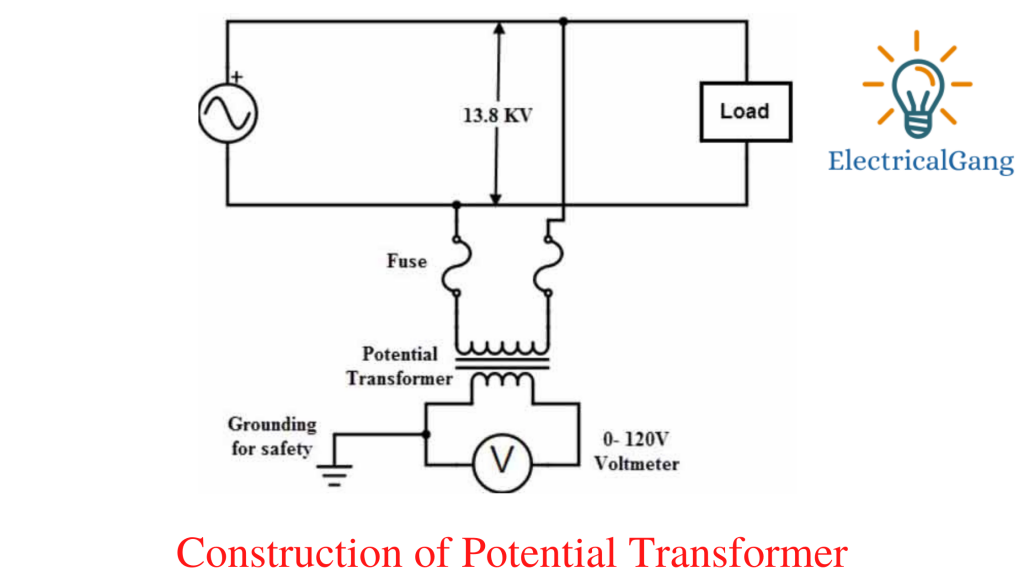 Potential Transformers are built to maintain high quality to work at low current density, low magnetic flux, and minimum load. When compared to a conventional transformer, it uses larger conductors and an iron core.

It can be easily designed in two forms of core type and shell type to ensure the highest accuracy. Potential Transformer is primarily designed to convert from high voltage to low voltage.

The phase shift between the input voltage and the output voltage should be carefully monitored to maintain a low voltage by isolating the load. To reduce the cost of insulation, windings are covered with vanish cambric and cotton tape.

Used as a hard fibre divider to separate the coils. Oil-filled bushings are used to connect high voltage potential transformers (above 7 kV) to the main lines. A multimeter or voltmeter is used to measure the lower output voltage.

Due to mutual induction, both windings are magnetically connected and operate on the principle of electromagnetic induction. The reduced voltage is measured in the secondary winding concerning the voltage towards the primary winding using a multimeter or voltmeter.

Due to imp impedance in the potential transformer, a small current flows through the secondary winding and acts like a normal transformer with no or low load. So that these types of transformers operate in a voltage range of 50 to 200 VA.

According to the convection transformer, there is a transformation ratio.

‘V1’ = voltage of the primary winding.

‘N1’ = a number of turns in the primary winding.

‘N2’ = a number of turns in the secondary winding.

The high voltage of the circuit can be determined using the above equation.

Types of Voltage or Potential Transformers:

Potential Transformers can be divided into two parts based on their function.

This transformer is available in both single-phase and three-phase. And is known to work with absolute precision. It is commonly used to operate and control measuring instruments, relays, and other devices. 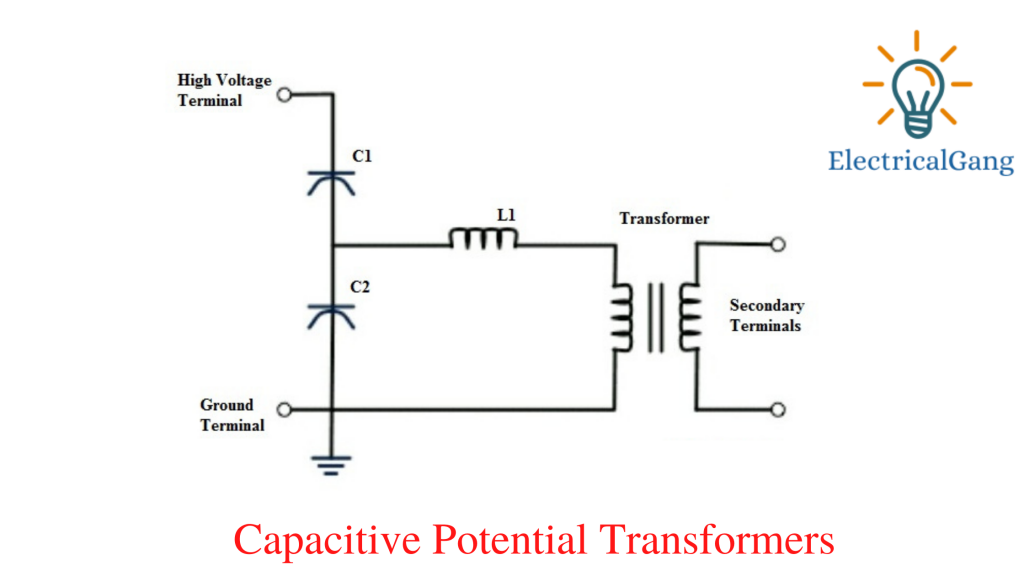 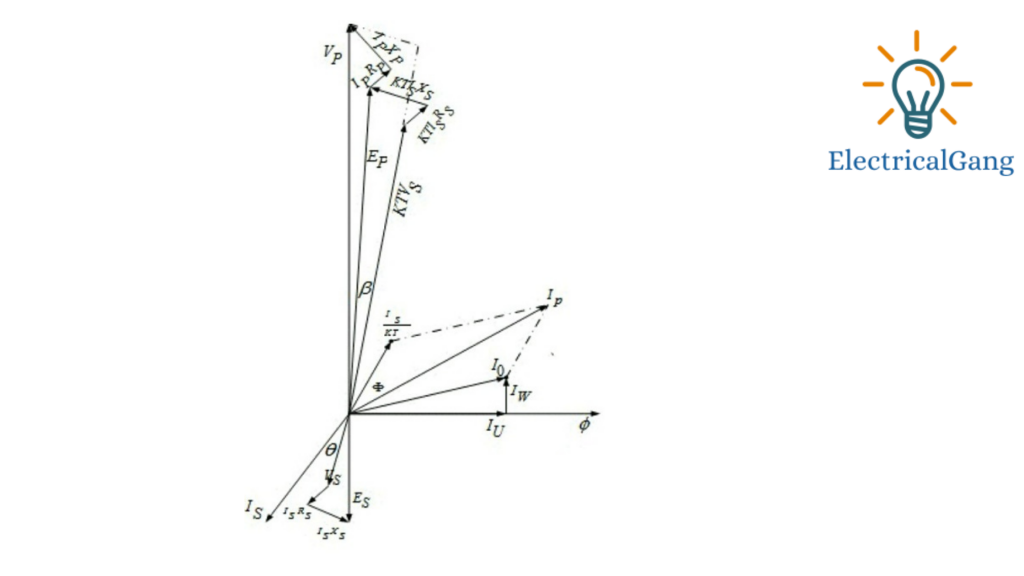 The figure above illustrates the faults of potential transformers.

‘Vs’ – terminal voltage of the secondary winding.

Induced primary voltage EMF is the subtraction of resistance and reactance drops (IPXP, IPRP) from the voltage of the primary VP.

The voltage drop is due to the experimental reaction and the resistance of the primary winding.

The EMF induced in the primary is converted to secondary by mutual induction and the induced EMF is formed in the secondary AS.

Output voltage vs. secondary winding due to Emf drop by resistance and reaction.

The output voltage on the secondary is obtained by subtracting the reaction and resistance drops (IXX, ISR) from the induced emf in the secondary AS.

Let’s take the mainstream as a reference. Primary IP The current excitation is obtained from the vector sum of the current IO and the reverse secondary current Easter, which is multiplied by 1 / kt. VP Is the potential primary voltage applied to the transformer.

Some uses of Potential Transformers are as follows: