Home » Difference Between Capacitor And Battery │Capacitor vs Battery 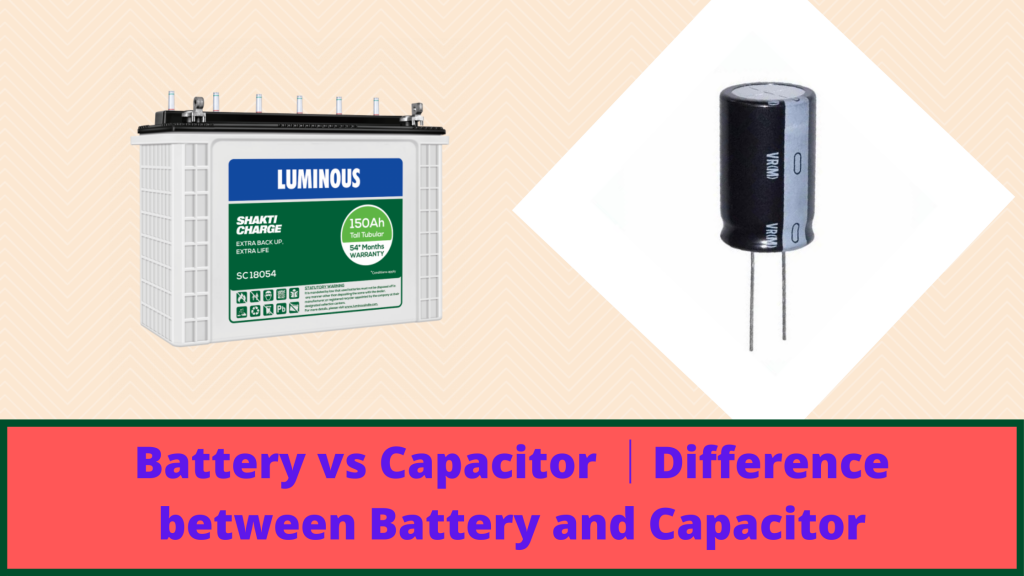 1. Electrical energy is collected in both battery and capacitor.

2. Battery and capacitor This creates a potential difference in the electrical circuit.

What is the Potential Difference:

Let us try to understand this in the simplest language. As we know, any small battery has 2 terminals, 1 positive, and the other negative. Now let us assume for understanding that if we have a 9V battery then it is 9V in the positive point and 0V in the negative point. So now friends, we can easily connect the 9th load bulb.

Remember Friend capacitor and battery both make potential differences in the electrical circuits.

Difference between Battery and Capacitor:

As I told you at the outset, capacitors and batteries combine electrical energy. This is their similarity. But this energy leaves both in different ways. This means that it sends in the circuit. For example, if we assume that there is a 12V battery, we will provide 12V power for a very long time, which means that the battery is slowly releasing electrical energy.

Now if we do the same thing for a capacitor, it sends all its energy into the circuit at once. Generally, we cannot use it as a battery.

Energy storage in batteries and capacitors vary in their capacity. Inside the capacitor, we cannot contain more energy. But that doesn’t happen in batteries. It is possible to store electrical energy in very large quantities.

What is Electrical Breaking | Types of Braking in a DC Motor

What is the Difference Between AC motor and DC motor