Home » What Is Electrical Busbar? | The Definitive Guide 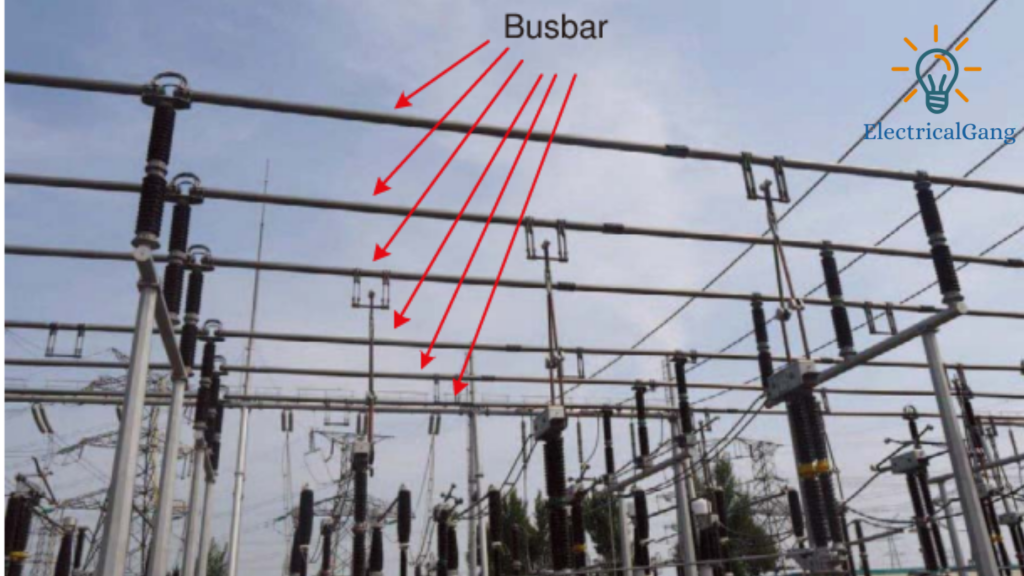 What is Electrical Busbar?

Definition: Electrical busbar is simply a type of conductor that collects the power supply from the incoming feeder and distributes it to the output feeder as required. In other words, it is a kind of electrical power junction in which all the currents coming and going together meet.

Thus, the electric bus bar collects electric power in one place. Electrical busbars use isolators and circuit breakers that operate at fault times and protect the equipment in the substation.

In the event of a fault, the circuit breaker breaks, and the defective section of the busbar is easily disconnected from the circuit. Busbars are mainly available in rectangular, cross-sectional, round, and many other shapes.

A variety of busbar configurations are used in the electrical power system. The choice of a busbar depends on various factors such as reliability, flexibility, cost, etc.

It is selected because of the specific qualities mentioned below.

In small substations where there is no constant need for power, a single busbar system is used. But more than one busbar is used in a large substation as compared to a smaller substation. Due to which the problem of power trips does not arise

The types of electrical busbars are as follows: 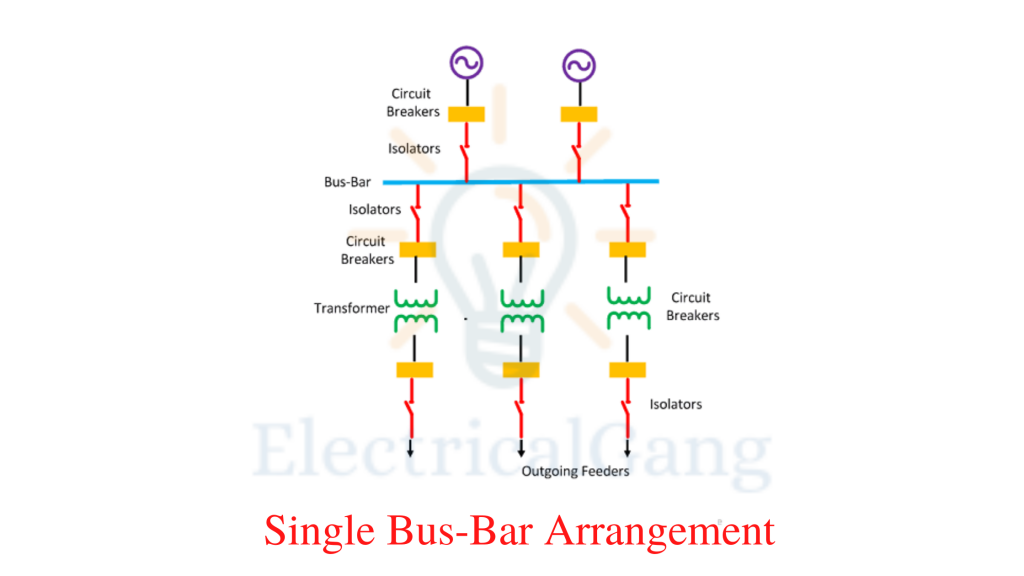 The design of the Single Bus-Bar Arrangement is simple and easy. Only one busbar is connected to the switch system. All substation equipment like a transformer, generator, feeder are connected only to this bus bar. 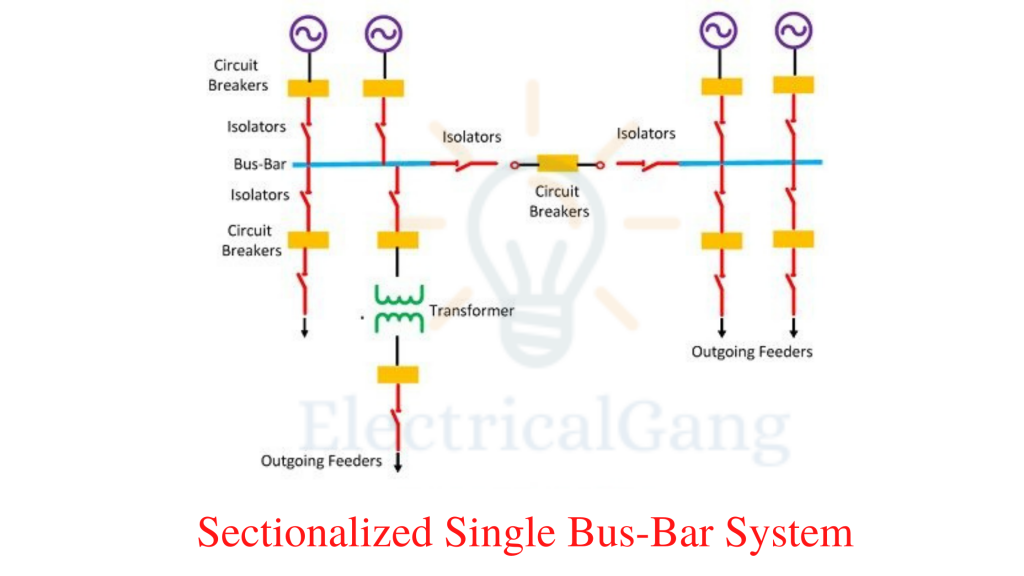 This type of busbar system uses an isolator and a circuit breaker as a switch. The defective part is separated with the help of an isolator. So that the entire power system is protected by a complete shutdown. This system uses more than one circuit breaker which makes a slight difference in the cost of the system. 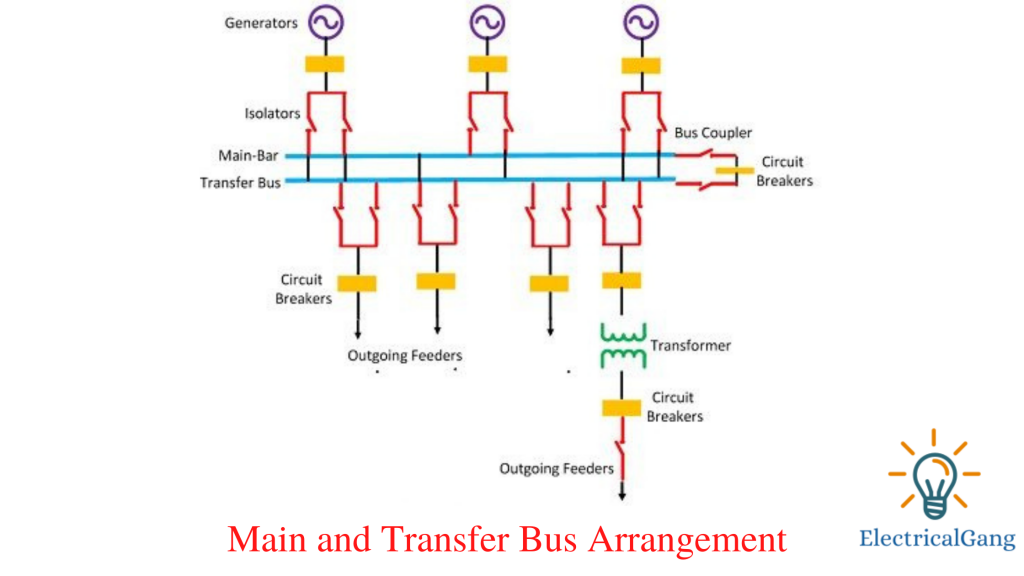 In such a system two busbars are used, the main busbar and transfer busbar The busbar system uses a bus coupler that connects the different switches that connect the circuit breaker to the busbar. A bus coupler is used to shift the load from one bus bar to another busbar crossing in case of power overload. The following steps can be used to shift the load from one busbar to another busbar

By closing the bus coupler the probability of both bus strips remained the same. The bus strip on which the load is transferred is kept close. Open the main bus lane. 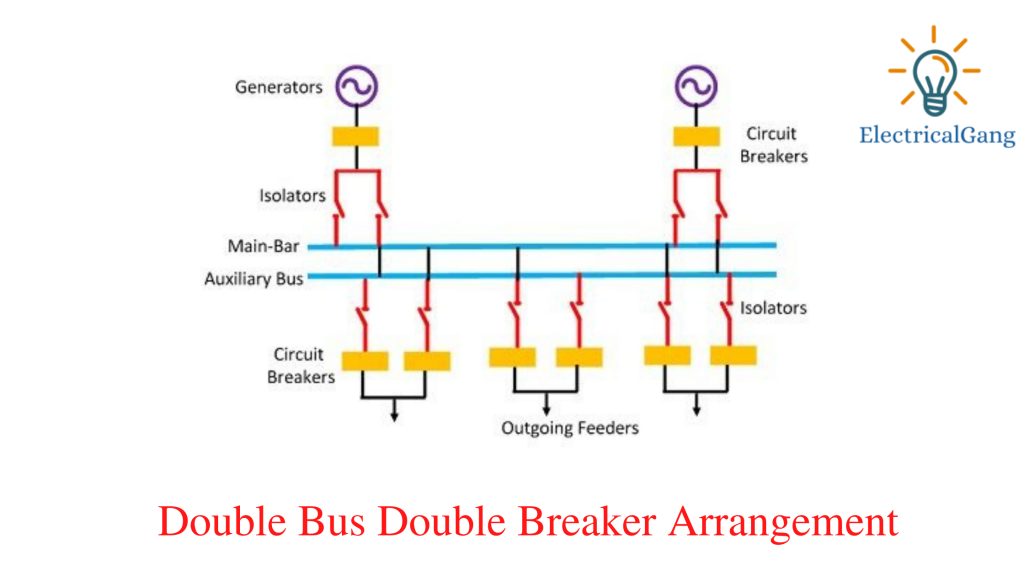 Only 2 bus bar strips and two circuit breakers are used in this system. It does not use a bus coupler and extra switches like Main and Transfer Bus Arrangement.

#5. One and a Half Breaker Arrangement: 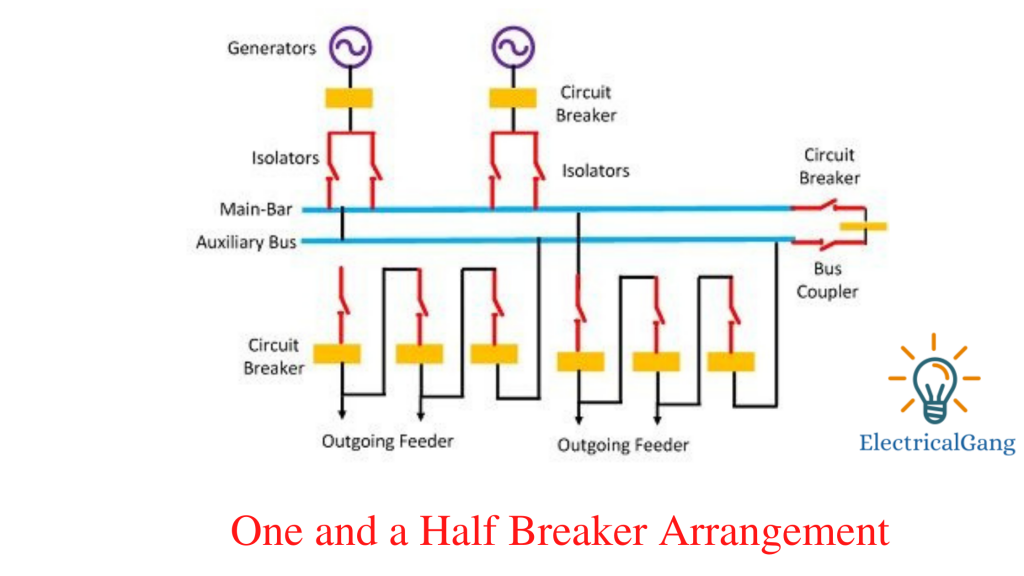 This system uses 3 circuit breakers for 2 circuits. Let each circuit of the bus strip use a circuit breaker. This type of configuration is preferred in large stations where the power handle per circuit is large.

Advantages of One and a Half Breaker Arrangement:

Disadvantages of One and a Half Breaker Arrangement: 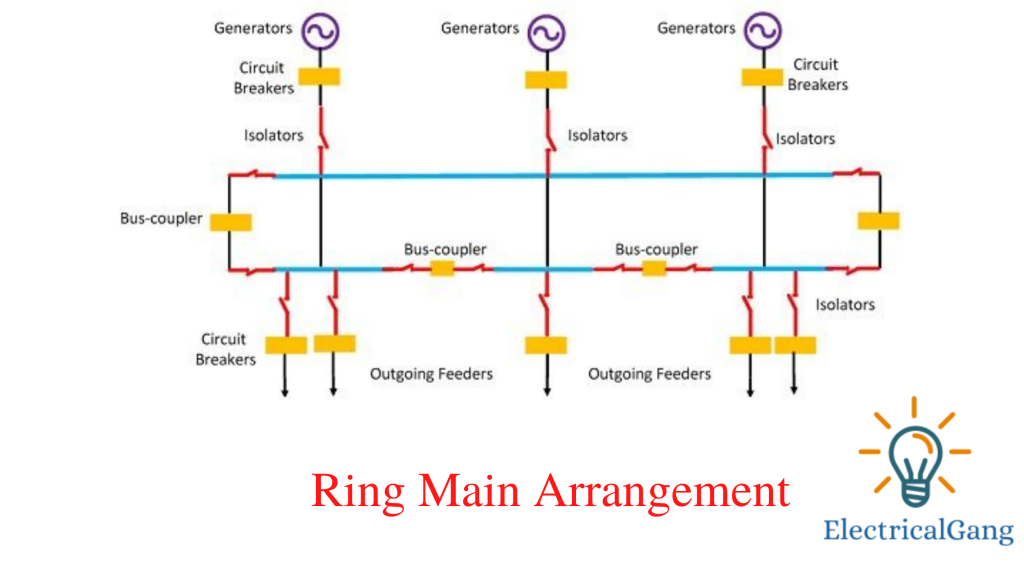 In this system, the starting point of the bus bar and the endpoint are connected together with the help of a ring. 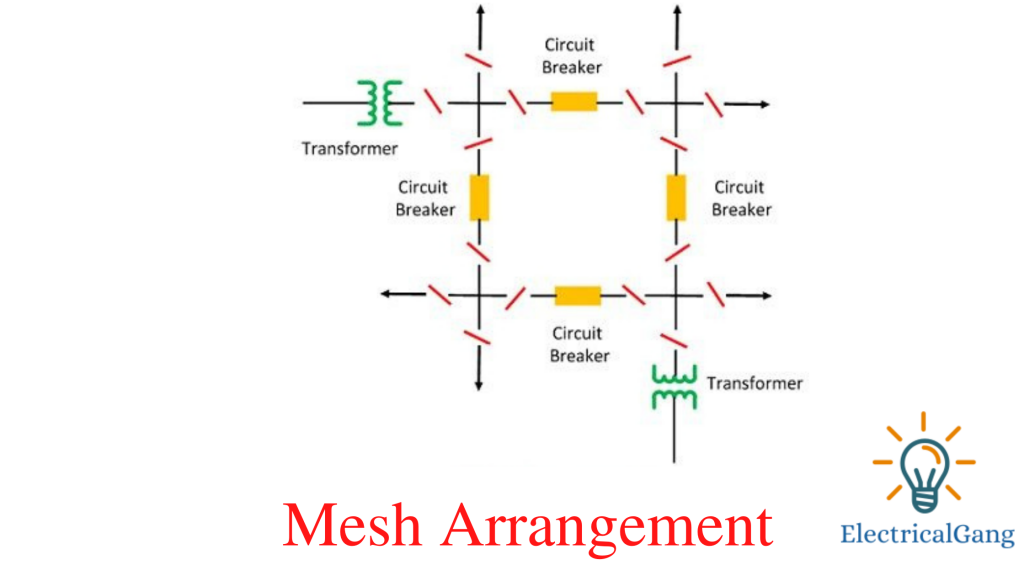 In this system, the circuit breaker is configured in a net created by Busbar. The circuit is tapped from the node point of the mesh. This type of bus system is controlled by four circuit breakers.

When a defect occurs in any section, two circuit breakers have to be opened, resulting in the mesh opening. This type of arrangement provides protection against bus-bar faults but lacks the switching feature. It is selected for substations with a large number of circuits.