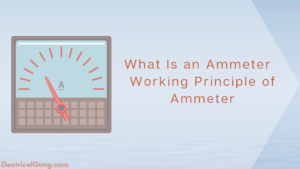 In today’s article, we will see what is the working principle of what an ammeter is and about its types, and much more.

What is an Ammeter?

The figure of the ammeter is as follows: 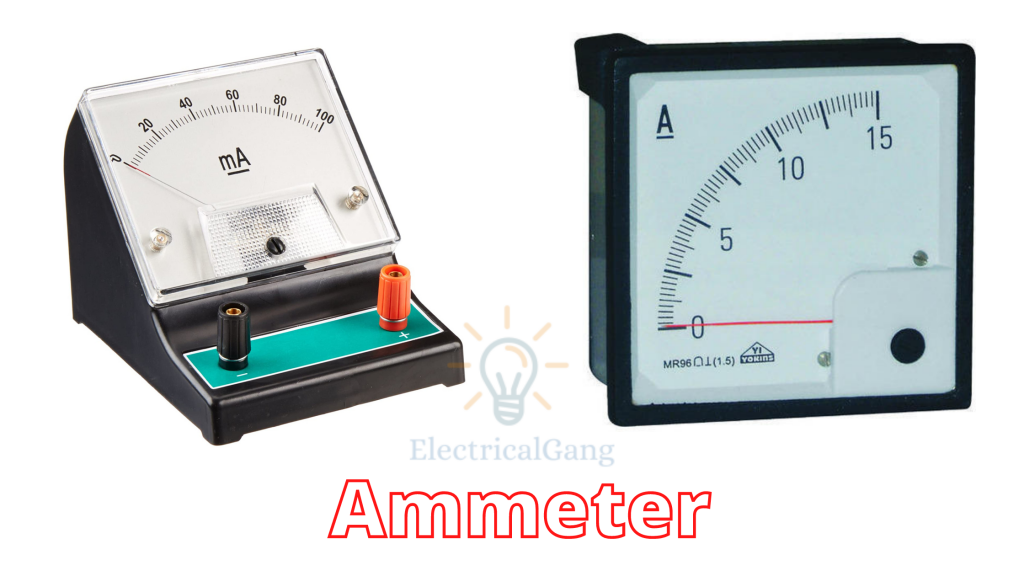 The working principle of an ammeter depends on the current flowing along with its resistance. Very little impedance is used inside the ammeter as it must drop the least amount of voltage attached to it. The ammeter is connected to the series of circuits as the current in the series circuit is the same.

The main function of this tool is to measure the flow of current with the help of a set of coils. Inside this coil, there is very little resistance and inductive reaction.

The ammeter is classified into 6 parts based on its application as follows:

This type of meter is used to measure both AC power and DC power. This device uses magnetic deflection where the current will flow with the help of a coil to rotate in a magnetic field. The coil in this device rotates freely between the permanent magnet poles.

Moving-iron type ammeters are used to calculate AC power and voltages. This system consists of pieces of soft iron specially made in a movable system, which are acted upon by a fixed coil electromagnetic force made of wire. Devices of this type are classified into two parts, one is repulsion and the other is attraction.

This device uses different components such as a moving element coil, control, damping, and reflective torque.

This type of device is used to measure the current in the ampere whose value is displayed on the display. A shunt resistor is included in its design to create a calibrated voltage of such a device. Which is in proportion to the current flow.

This device provides information about load and continuity on the current circuit so as to help the customer to overcome variable loads and trends.

This is used to heat and spread the wire with the help of AC power and DC power. Which is known as a hot wire. The working principle of this is that it extends the wire by providing the effect of heat from the current supply. This makes it possible to use both AC and DC flows.

Also Read: What is a Step-Down Transformer | Construction | Working Principle And Its Application

First of all, let’s talk about the series. 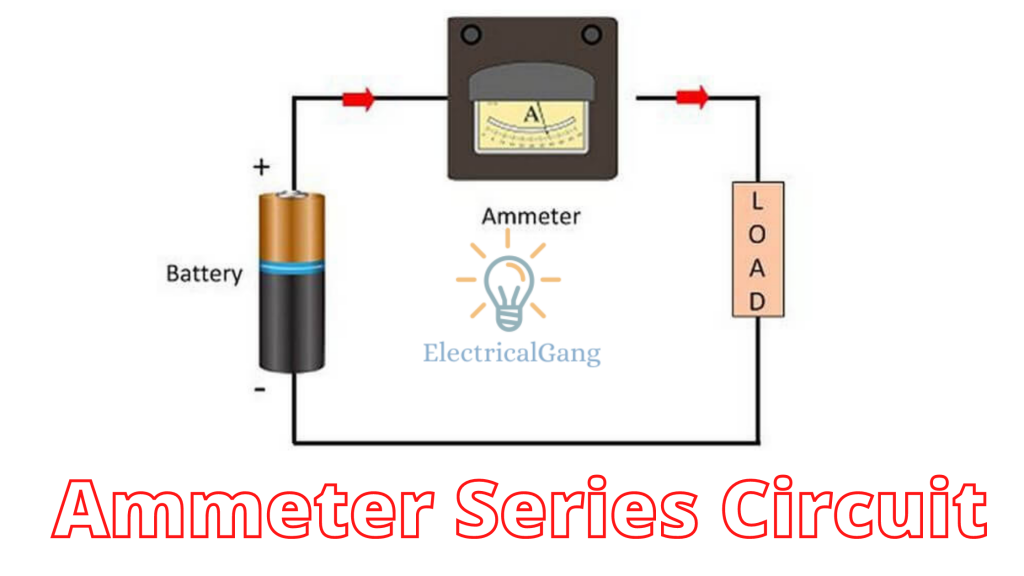 First of all, let’s talk about the series Once this meter is connected in series, all the current of the circuit passes through it. So the power consumption is due to its internal resistance and parameter current within this meter. This circuit uses low resistance so that low voltage drop in the circuit. 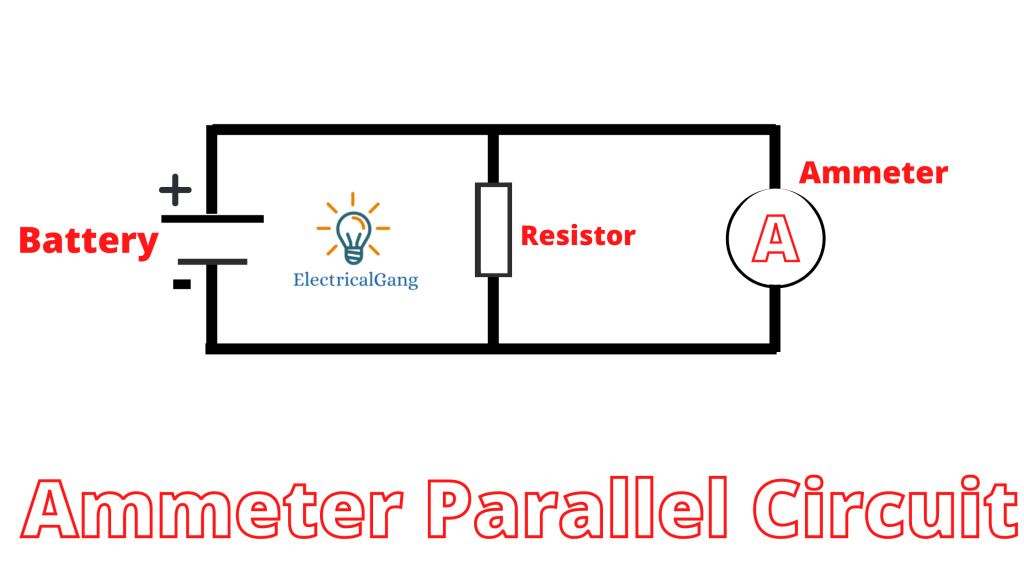 The resistance is kept low in the parallel ammeter circuit so that the total current will flow from the ammeter and drop low voltage across the device. When a high current from the circuit passes through this device, its internal circuit can be damaged. The shunt resistance is connected in parallel to the emitter to avoid the problem of high current.

The application of the ammeter is as follows:

1. What is the principle of ammeter and voltmeter?

2. What are the applications of an ammeter?

The application of the ammeter is as follows:

3. What are the different types of an ammeter?

The ammeter is classified into 6 parts based on its application as follows:

4. What is the ammeter with a diagram?

This is also known as ammeter or ampere meter as it measures the current. The internal resistance of this device is usually ‘0’ which is also practically correct as it has a small amount of internal resistance. The measurement range of this instrument depends mainly on the resistance value.

5. What is the ammeter symbol?

The common symbol for the ampere meter is the capital A specified in a circle. This is how the ammeter symbolizes an electric circuit.