Home » Star to Delta Conversion and Delta to Star Conversion 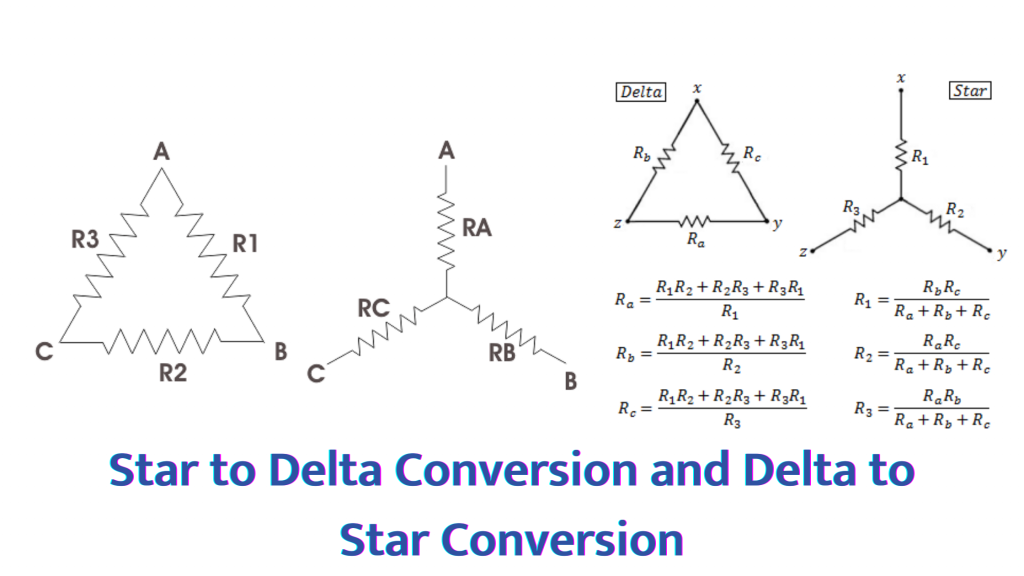 When the terminals of these three branches are connected to a common point and form a Y shape in a star connection, it is known as a star connection. But these star and delta connections can be easily changed from one form to another. Delta to star or star to delta transformation becomes inevitable. In today’s article, you will see why a star can be converted into a delta and a delta into a star. 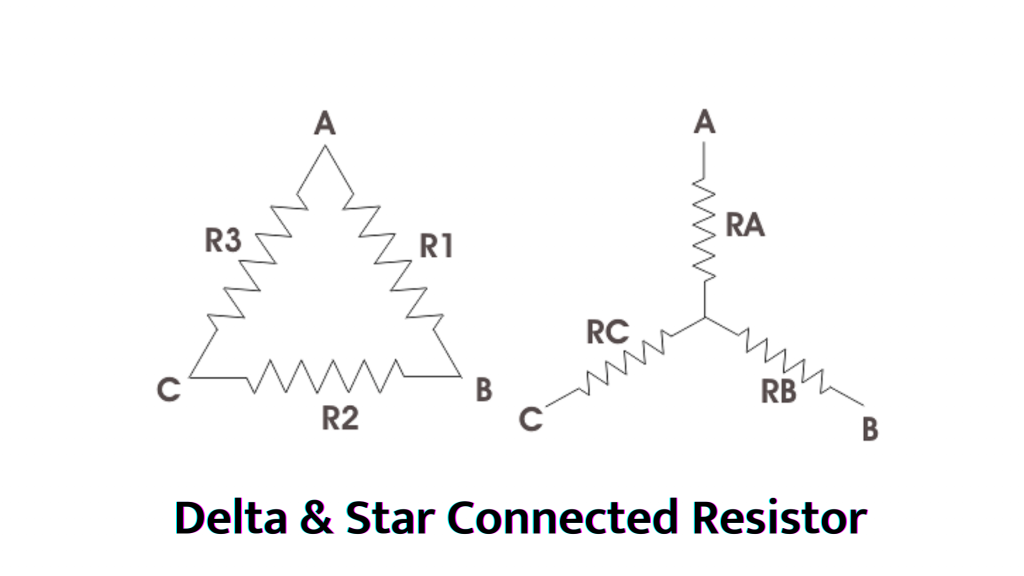 Delta or triangle loop replacement by identical star connection is known as delta-star transformation. If a barrier is measured between any pair of barrier lines then the two connections are equal to or equal to each other.

Since the star and delta systems are similar, the resistance measured between terminals A and B of these two systems must be the same.

Similarly, the resistance between points C and A will be the same.

The relation of delta-star change can be shown as follows:

If the delta-connected system has the same resistance R on its three sides, then the same star resistance will be r.

Now we get the equation of dividing by Equations (V), (VI), and Equations (VIII) separately,