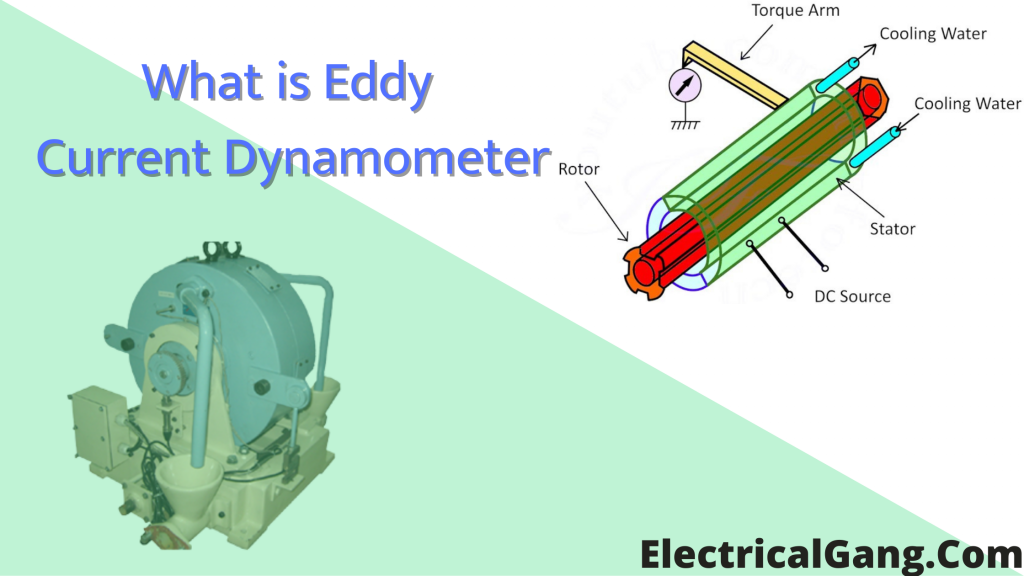 This has many uses due to its small size and combability. In some cases, it is also used as a load to test the performance of internal combustion engines. In today’s article, we will see what Eddy Current Dynamometer is and what its working principle is, and much more about it.

What is the Eddy Current Dynamometer?

The figure is as follows: 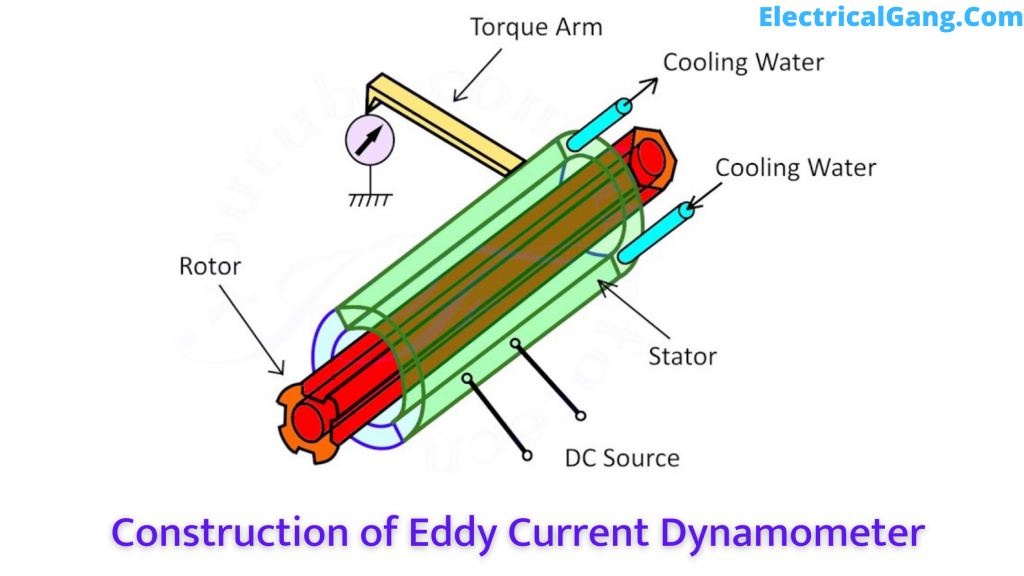 The rotating part of the inside of the motor is called the rotor. It is placed between the stator and below the winding. The rotor is placed on its shaft so that it can rotate easily. It is housed in its own slot. 3 phase rotor is also used in the high-rated machine. The part of the rotor is connected to the prime mover. When the prime mover rotates, the device gets mechanical power i.e. energy. DC power is used to stimulate the stator winding. 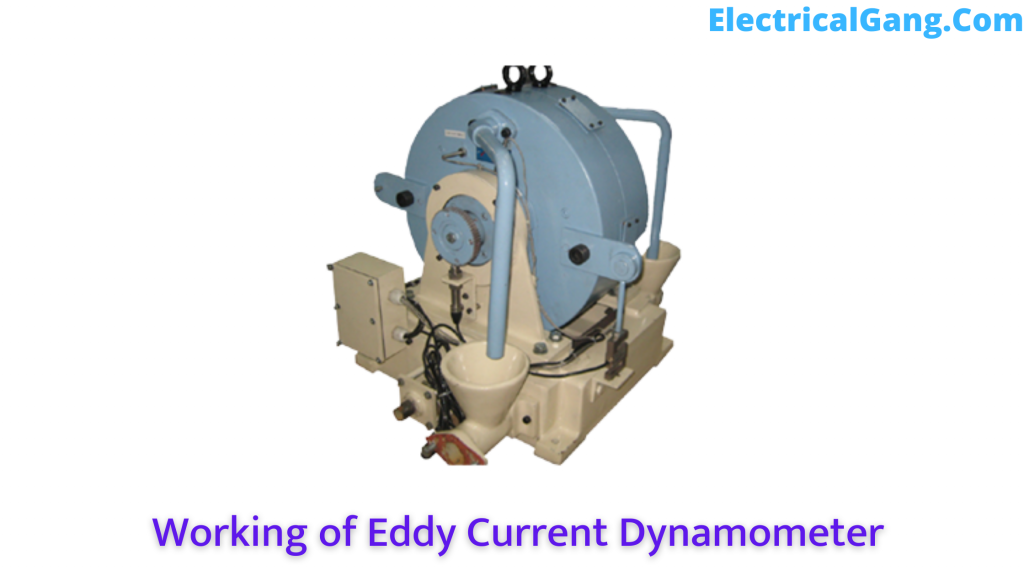 The eddy current dynamometer works according to Faraday’s principle of electromagnetic induction as we have stated above. Whenever there is a relative displacement between the mass of the conductor and the magnetic field, an emf is induced on the set of conductors. This emf is called a dynamically induced emf. In the case of dynamometers, when the stator poles are excited by a DC supply that is connected to the stator.

This emf is called is dynamically induced emf. In the case of the dynamometer, when the stator poles are excited with a DC supply that is connected to the stator. When this stator is connected to DC power the stator coil is excited and a magnetic field is generated in the coil.

Also Read: Types of Losses in a Transformer | Efficiency Of Transformer

It is worth noting here that the Eddy Current Dynamometer is different from the regular Dynamometer because when the rotor of the dynamometer cuts the magnetic field of the stator, an emf is induced on the conductor of the rotor.

The Eddy causes the current to flow in the rotor conductor. The direction of the Eddy current is the opposite of the change in the magnetic flux and is generated in the rotor.

The rotor resists the force exerted by the magnetic field but rotates due to the input given by the prime mover. Since there is no contact between the magnetic field and the conductor, the damage generated is much less than that of a conventional generator.

Unlike a regular dynamometer, the Eddy Current Dynamometer has one arm attached to the body of the stator. One meter measures the torque generated in the rotor winding. The speed of the rotor determines the amount of power. Is the same.

The advantages of a dynamometer are as follows:

The uses of the dynamometer are as follows: