Hello friends, in today’s article we will see what is ACSR conductor and how many types it has and what are its benefits.

What Is ACSR Conductor? 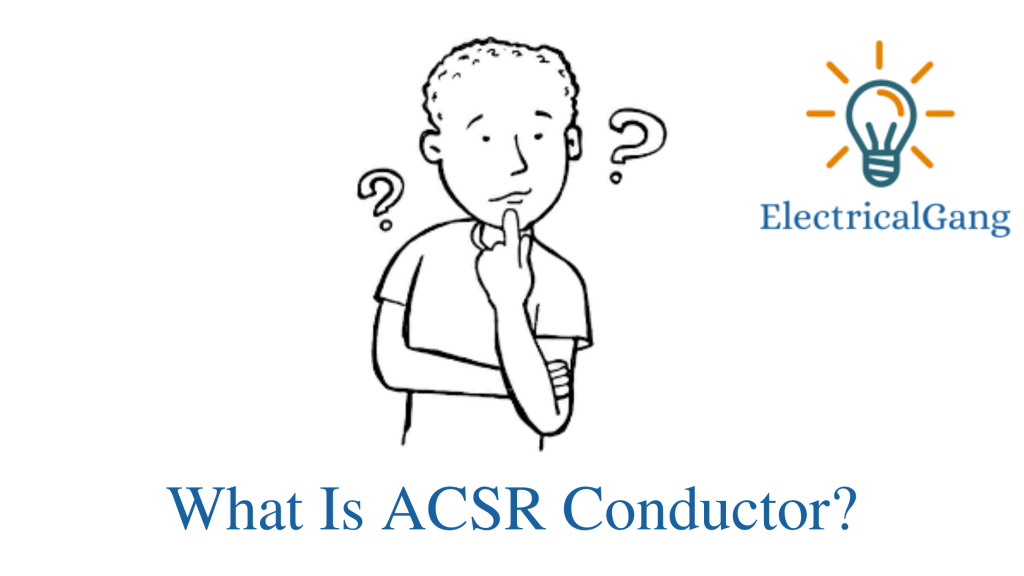 ACSR (Aluminium Conductor Steel Reinforced) is a stronger strand conductor. It is mostly used for overhead transmission lines. The design of the ACSR looks something like this in that the outside of the conductor can be made of pure aluminum material while the inside of the conductor is made of steel material.

So that it provides additional power to the conductor to support the weight of the conductor. Steel has more strength compared to aluminum. So that it can be applied to a mechanical force carrier. To increase the life of this conductor it can be coated with galvanizing or other material. So that its corrosion can be prevented. 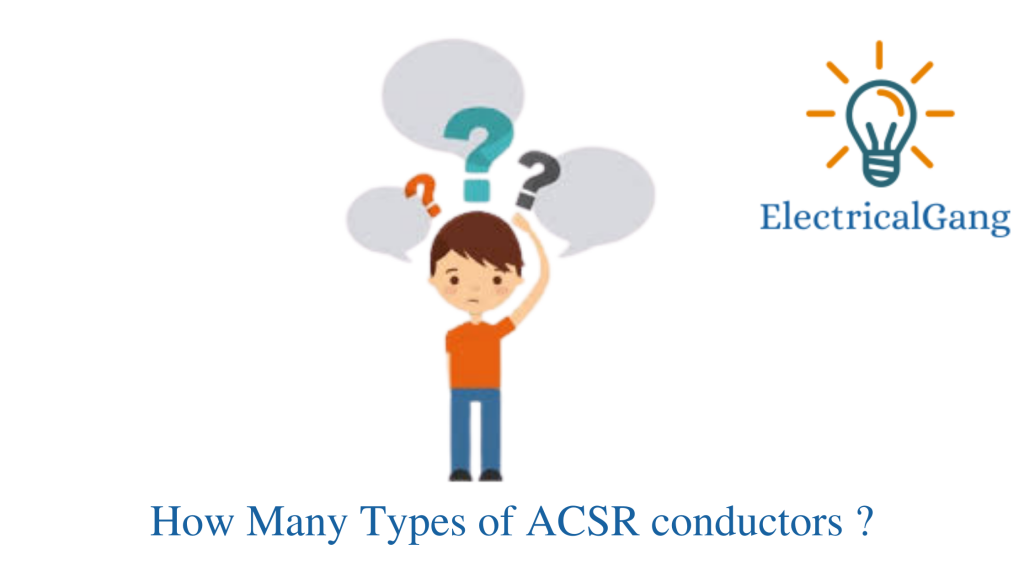 Copper has been used in the transmission line for many years but has been replaced by an aluminum conductor. Because it is cheaper than copper.

Similarly, the types of ACSR conductors are as follows:

This conductor has additional sagging per length than any other type with low strength. This is used in distribution. Since the conductivity of the conductor is somewhat good at the distribution level, the cost of AAC and ACSR conductors is similar.

This combines several aluminum alloy strands to provide a transmission conductor with one of the best electrical conductors and mechanical balancing properties. Aluminum strands are connected by aluminum wire. The core of the conductor contains the number of strands.

The biggest advantage of this conductor is that all the strands of the conductor are the same. Thus it allows the formation of conductors with the best electrical and mechanical characteristics.

The bankruptcy of AAAC is exactly the same as that of AAC. The strength of this conductor is equal to ACSR. However, due to the use of steel, it weighs less. This carrier is expensive due to the design of the alloy.

AAAC is used for a longer period due to its stronger tensile strength than AAC. That is why it is used in the transmission line used for the river crossing. This sag is kept low compared to AAC. AAAC conductors are light in weight.

The ACSR is filled with steel on the inside. So the ACSR conductor is used in the overhead transmission line, in earthing wire, and in long-distance and river crossing works.

It can be made with different tensile strengths. Due to the high diameter, a very high brightness range can be achieved.

There are 3 main properties of ACSR conductor which are as under:

The cross-sectional area of ​​the conductor can be reduced with the help of the skin effect when the current is passed in the conductor. Most of the no current in AC current can be between the outside of the skin and deep.

It largely depends on the current and the frequency of the flow of the conductor properties. This reduced area of ​​the conductor will increase the barrier as there is an opposite relationship between the cross-section area and the barrier.

The skin effect helps in design as the low resistance in the outer part of the conductor causes the aluminum to flow in the direction.

Once the A.C. Supplies a separate conductor, then it creates an alternating magnetic field relative to its field. This magnetic field will induce eddy ​​currents in favorable conductors and will change the entire current distribution.

Due to the high loss of hysteresis in steel and its associated core heating, the odd-layer structure will have a low-capacity rating compared to the same-level structure. All special types of ACSR conductors are smaller than partridge. Because they have a single layer due to their small diameter Hysteresis loss cannot be avoided.

The advantages of the ACSR conductor are as follows: