Hello friends, in today’s article we will talk about what is Corona effect and how it can be reduced, and what are the non-benefits of the Corona effect.

What is Corona Effect?

In the transmission line when more voltage is sent from one place to another. This side of the conductor produces a velvet-colored light. The effect of this light is known as the corona effect.

Why Corona Effect is Created: 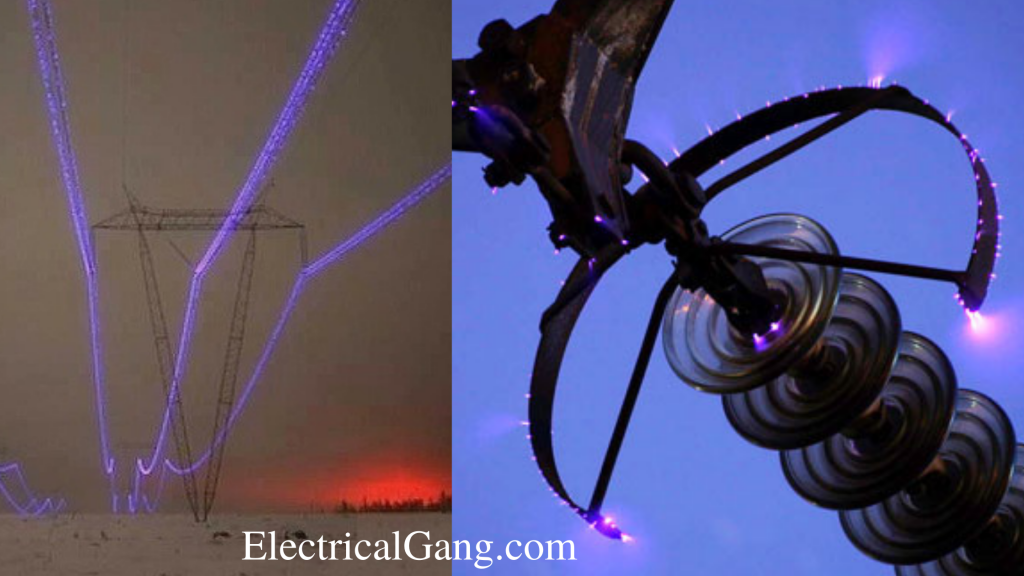 As we know that electrons flow in any conductor.When a current moves from one place to another, a magnetic field is created around it. This magnetic field causes a problem of a potential gradient. This causes a corona to form.

What is a Potential Gradient? 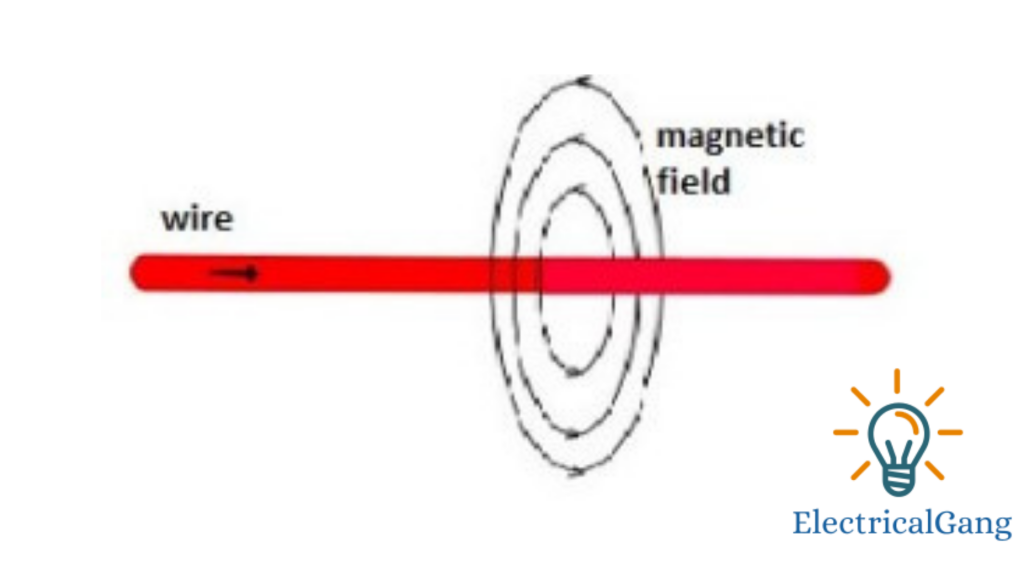 This is very easy to understand.

Due to the presence of more magnetic lines in the area of ​​1 cm of wire, more voltage flows in the air. In the same way, in the area of ​​2 cm from the wire, the magnetic line decreases a little and this also reduces the flow of voltages. This is called Potential Gradient.  Since the transmission line is mounted at a height, there is always air on this side of the conductor.

When current passes through this wire, the air on this side of the wire acts as a dielectric medium. 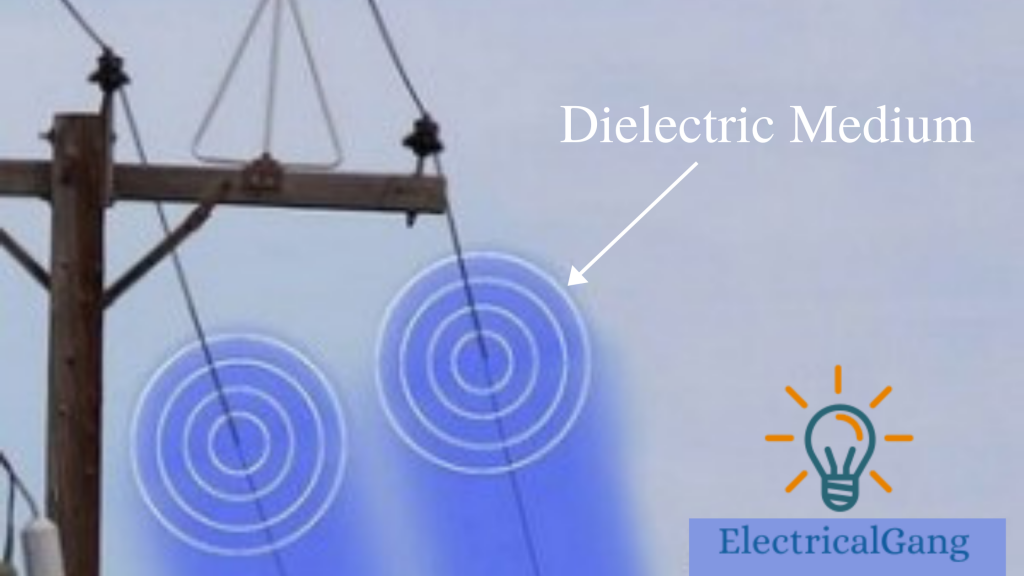 The Reason for the Corona Effect:

There are many causes of the corona effect, some of which are as follows:

The corona effect is also higher as the line voltage is higher. If the voltages of the transmission line are higher then the magnetic field around it will be more. This also increases the effect of the corona.

That is why we use only the ACSR conductor in the transmission line.

Even if the frequency is high, the effect of the corona is more.

How to Reduce Corona Effect:

Corona’s effect can be reduced for the following reasons.

Increasing the thickness of the conductor can reduce the corona to some extent.

If we have two different conductors in which the voltage is flowing. The corona can also be reduced by increasing the distance between those two wires.

We can also reduce the corona by lowering the voltage, because if we reduce the voltage then it will be difficult for current to flow in the air.

You can also reduce the corona effect by using a corona ring. This ring is also called anti corona ring.

Where we need more power, we distribute the power using bundled conductors, this method is used a lot.

The Disadvantage of the Corona Effect:

The disadvantages of the Corona Effect are as follows:

Loss of power due to the corona effect also reduces the efficiency of the transmission line.

The corona produces the third harmonic, causing the corona to reduce the stability of the system.

1. How corona is formed in the transmission line?

The corona is found in every transmission line. Subject to certain conditions, a localized electric field close to energetic components and conductors can generate small electric charges or corona. Which causes the surrounding air molecules to ionize or change a little too much in the electric charge.

2. What is corona loss in transmission?

The corona appears in the transmission line when the surface voltage on the line conductor reaches a strong breakdown. The corona produces heat and blue light. It is a loss of dissipation of energy and power in space. Such damage is known as coronal damage.

3. How can corona loss in the transmission lines be reduced?

Corona’s effect can be reduced for the following reasons.

4. What are the advantages of corona loss?

The benefits of Corona Fact are as follows: