Home » What Is Fuse? | Types of Fuses | Working Principle of Fuse | Application of Fuse 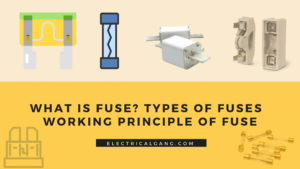 In the early days of telegraphy, the scientist who gained popularity due to his efforts was the French man “Breguet”.The “Breguet” was the man who suggested using the reduced portion of the conductors to protect the telegraph stations from hitting the lighting as well as the waves.

So today we will talk in our article about what is a fuse, what are its types, and much more about it.

The fuse is an integral part of any circuit, whether electric or electronic, and protects against overload current. The device is attached to a metal strip that melts when the current exceeds its set value.

Due to the melting of this metal strip, the circuit opens and the current cannot proceed so any device attached to it cannot function. It is also known as an automatic disconnection system which is frequently shortened on ADS.

This is the easiest and cheapest security device to use which protects us against short circuits and overloads.

Why Do We Require Fuse?

The most direct and simple benefit of this is found in all our homes which protects the appliance in our house against overload current and short circuit. We use fuses in homes so that no defects are created in the wiring of the house which protects against fire caused by a short circuit of wiring.

When the fuse breaks down or is damaged, the over-voltage can cause a glare in it which can damage the appliance in the house. If you have a home, office, or factory, you need a fuse instead.

Many types of fuses are commonly used for circuit protection. Fuses are usually rated in amperes. This can usually be achieved by making the fuse wire length as short as possible. The length of the wire does not depend on the current rating, so the minimum length of the wire imposes a minimum value of resistance.

A few more features of the electric fuse are as follows:

Continuing a higher amount of current that holds the device without melting is known as the current rating value. This can be measured in the value of ampere which is its thermal characteristics

Here the voltage is connected in series with the fuse which does not allow the volume of voltage to increase.

Here, the functional temperature of the fuse is high so that the current rating falls down. This melts the fuse.

However, if the fuse melts and the electrical circuit opens in a condition where a device is carrying a large amount of current, this will cause a change in resistance and minimize the voltage drop. 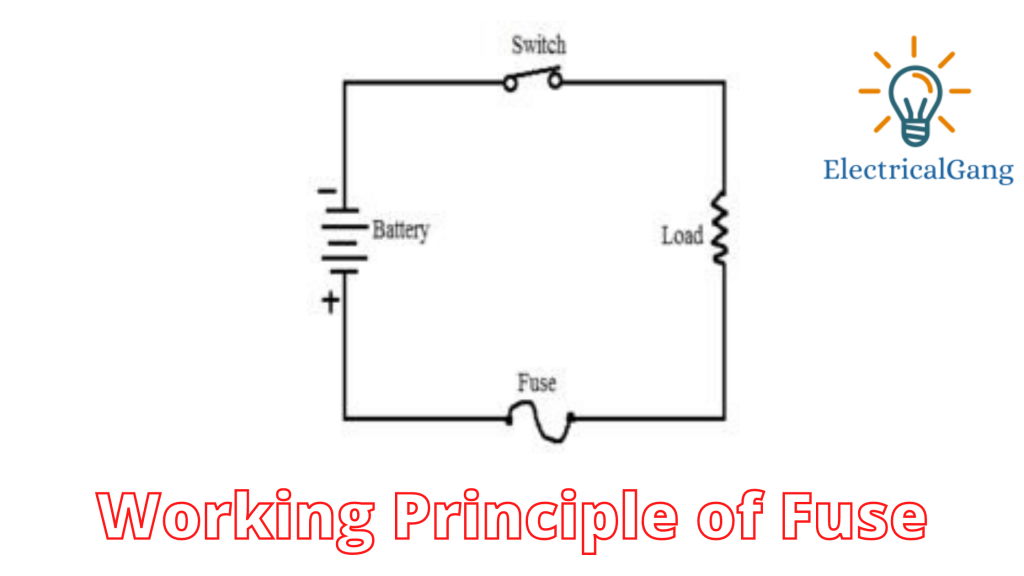 The working principle of a fuse is based on the temperature of the current. It is always made of thin metal wire and the fuse in the circuit is always connected in series.

When a high amount of current is carried in this circuit, the wire attached to it softens and opens the circuit. The current flowing in large quantities causes the wire to deteriorate quickly causing its lifespan to be shorter than regular.

Due to this heat being absorbed into the atmosphere, its melting point remains lower than normal. While in case of fault there will be short-circuited current flow through the device. The value of this current is higher compared to the normal current intensity level.

This causes an increase in temperature in the fuse so this fuse continues to melt. In such a case the fuse protects from overload or short circuit. Since the fuse element is made of a highly selected metal conductor, it holds the fuse. Therefore the fuse only provides the required amount of noise current to the device.

Otherwise, in case of overload, it breaks the fuse it has overvoltage suppression capability.

The rating of the fuse can be found with the help of the formula mentioned above.

The power (watts) is indicated on the device.

Voltage is in the form of incoming power.

Fuse can be designed with elements such as Q (Copper), Zen (Zinc), Al (Aluminum), and AG (Silver).

You can easily understand from the chart shown below: 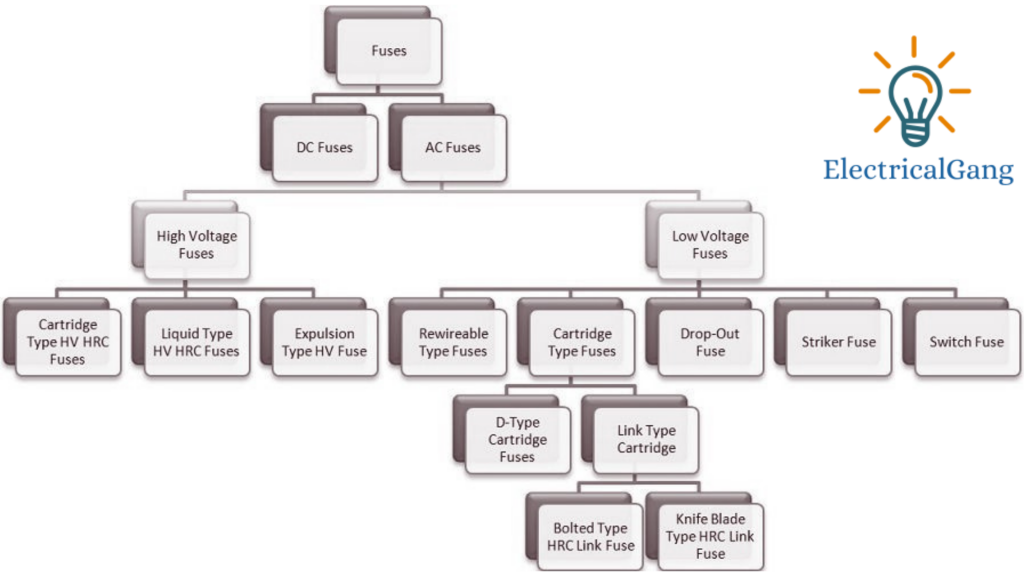 AC fuses are smaller than DC fuses and have an oscillation of about 50 to 60 times per second, from the lowest to the highest. As a result, there is no possibility of an arc forming between the molten wire. For this reason, they can be creamed in smaller sizes.

Low voltage fuses are divided into five types as follows: 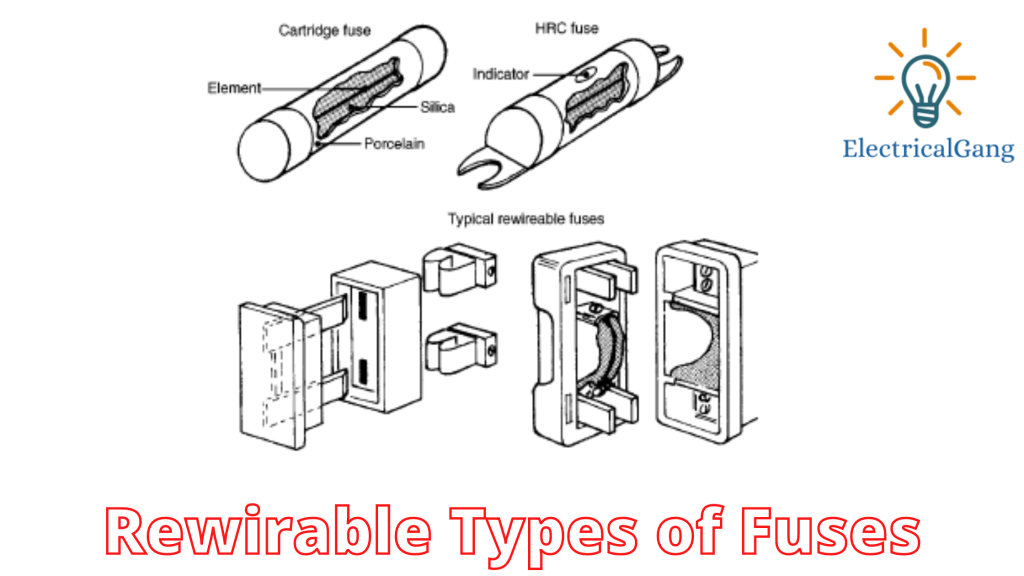 This type of fuse is included in the low category as it is used in homes and small industries. This fuse is made up of two parts consisting of a base with two terminals inside and outside.

The construction of this fuse is usually made of porcelain. The upper part of the fuse is the carrier, which holds the fuse element. This element is made of aluminum, tinned copper, and lead.

This type of fuse also completely closes the container and metal contact. The main applications of this fuse include low voltage, high voltage, and small fuses. This fuse is classified into two parts one is D-type and the other is the link-type fuse.

It is made up of a cartridge, fuse base, cap, and adapter ring.  The fuse base has a fuse cap, which is fitted to the fuse element with a cartridge through an adapter ring. The connection of the circuit is terminated when the cartridge makes contact through the tilted conductor.

This type of fuse is also known as HRC fuse or BS type fuse. In this type of fuse, the current flow with the fuse element is specified under standard conditions.

Current type by fuse element in BS type fuse The flow is given in normal condition. The arc produced in the fuse burner is controlled by porcelain, ceramic, and silver. The container of the fuse element is filled with silica sand.

Fuses of this type are classified into two parts, one being the blade type and the bolted type.

The fuse of the knife-type fuse is made with the help of plastic. This type of fuse can only be interchangeable in an electric circuit without any load. In bolted type fuses, the plates of these fuses are set at the base of the fuse.

In this fuse type, the fuse melting forms an element going down from gravity in terms of its minimum support. This is useful for those who have a transformer in the outside environment

This type of fuse is used to close or trip a circuit. This fuse has plenty of power and displacement.

The switch-type fuse is closed with a metal switch and fuse. This type of fuse is used in small and intermediate voltage levels.

Such fuses are classified into 3 parts which are as follows: 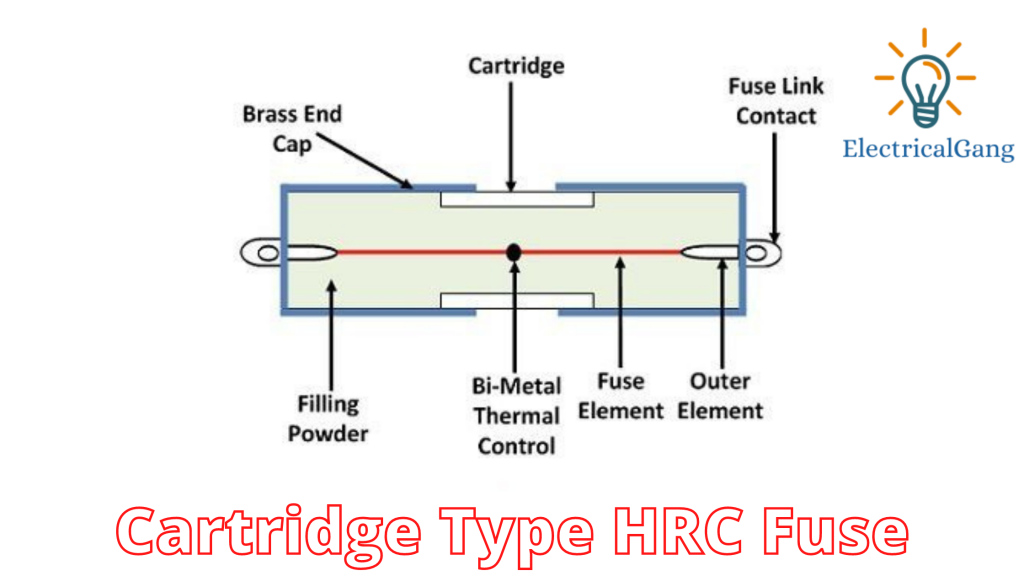 The fuse element of the HRC fuse is cut in the shape of a helix to reduce the effect of the corona on the high voltage. In it, 2 fuse elements are placed in parallel to each other which is low resistance and the other is high resistance.

A low resistance wire conducts a normal current that blows reducing the short-circuit current in the fault state. 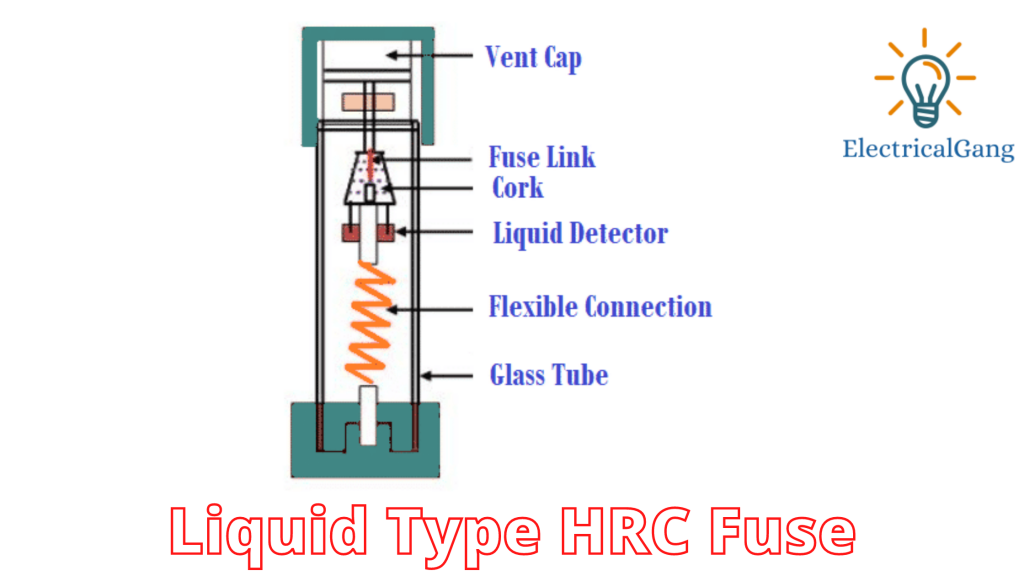 This type of fuse is filled with carbon tetrachloride and sealed evenly from both ends. When a fault occurs the current exceeds the prescribed limit and the fuse element blows. Fuse fluid HRC acts as an arc extinguisher for fuse types This is used to protect the transformer and to support the circuit breaker.

Due to the low cost of such fuses, they are widely used for the protection of feeders and transformers. They are specially designed for 11KV and their filling capacity is up to 250 MVA.

This type of fuse consists of a hollow open-end tube made of synthetic resin-bonded paper. Fuse elements are placed in the tube, and the ends of the tube are connected to each end with proper fittings.

The arc generating blows into the inner casing of the cylinder, and the shaped gases destroy the arc.

Advantages and Disadvantages of Electric Fuse:

The following are some of the advantages and disadvantages of electric fuses:

Some of the Advantages of fuse are as follows:

Some of the disadvantages of fuse are as follows:

Applications of Different Types of Fuses:

The application of different types of fuse is as follows: