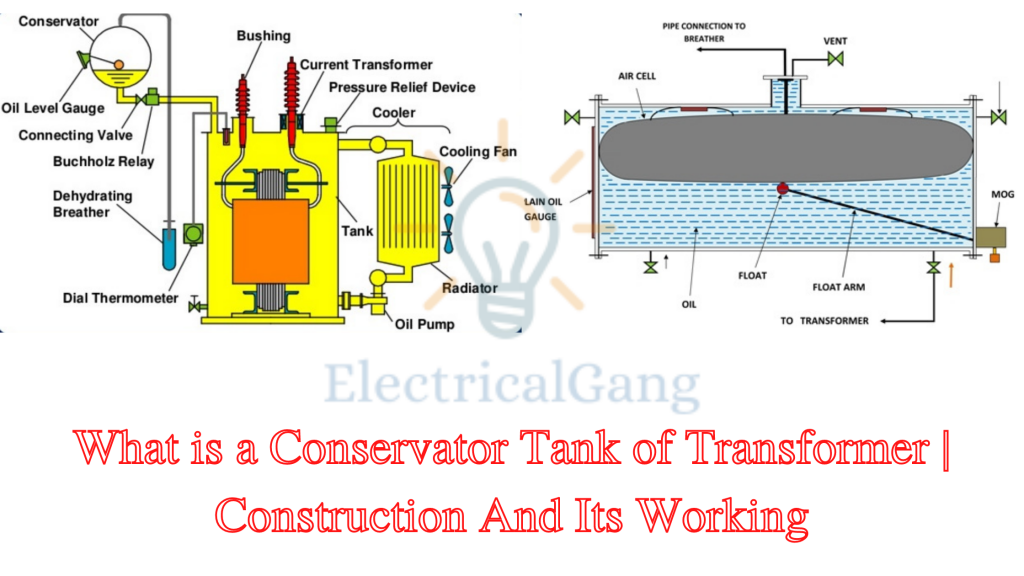 Hello friends, in today’s article we talked about the Conservator Tank of Transformers From power generation to the distribution of electricity, transformers are a very essential device. Transformers are widely used in power plants and in various industries. Transformers are classified based on their various uses. Different types of accessories are used in conjunction with the transformer for its long life.

In today’s article, we will discuss in detail what is a conservator tank, its construction, operation, and its types.

What is a Conservator Tank? 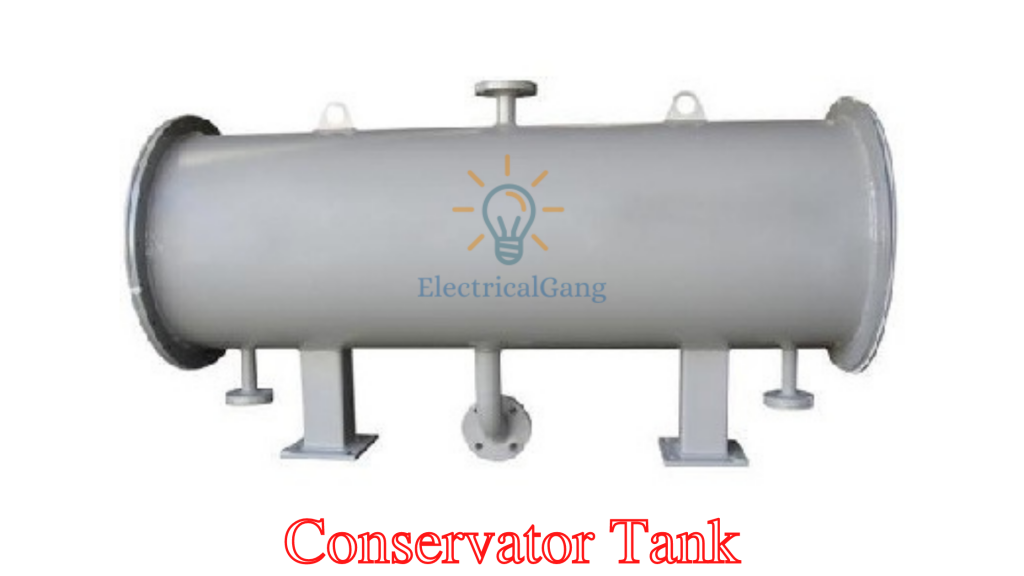 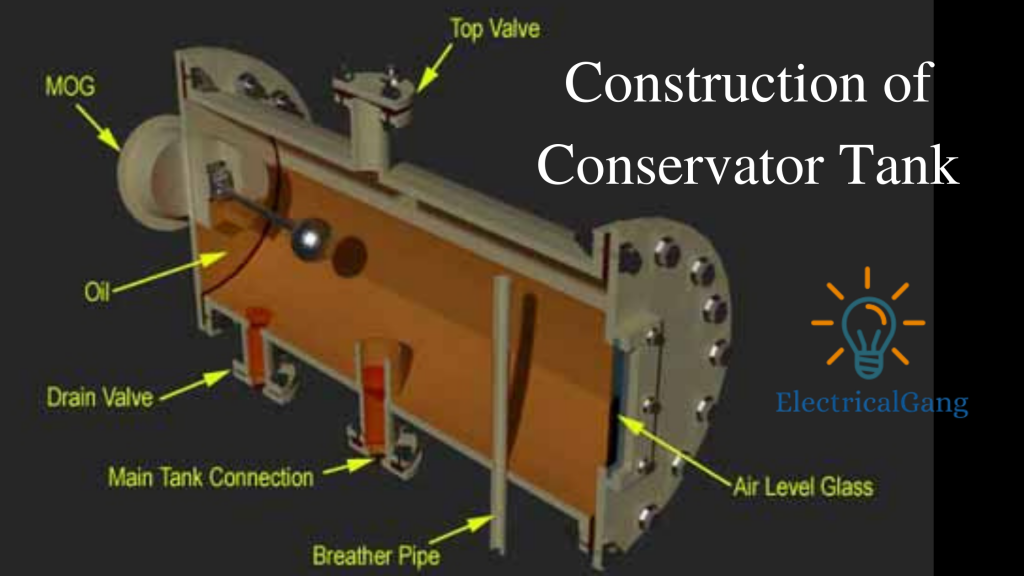 The shape of the Conservator Tank is cylindrical. The ends of the tank are airtightly closed. A large cover is placed on one side of the tank for periodic cleaning and maintenance. The pipe of the conservator tank is connected to the main tank of the transformer.

With the help of a breather, the silica gel goes through the fixed pipe to the Conservator Tank. When this pipe goes through the base, it should be well estimated at the top of the oil level in the tank. This adjustment ensures that the transformer oil does not inhale silica gel even at the maximum operating level.

The work of the Conservator Tank starts to heat up once due to the load of the insulating oil transformer and leaves in the tank facing upwards. As a result, the same amount of air in that distance is moved away with the help of breathing. As the load on the transformer decreases, the transformer cools down and shuts down.

The oil in the conservator tank seems to shrink after the atmosphere cools down. The main cause of oil shrinkage is the outside air that enters the tank with the help of silicate gel.

There are two types of transformer conservator tanks which are as follows:

The Atomosal Conservator consists of an air cell made from the material of the NBR. This material is attached to the reservoir of the conservatory so that the silica gel breath can attach to the apex of the air cell. The oil level in the transformer will be increased and also reduced depending on the reflecting and deflecting of the air cell.

This design is done in such a way that the oil and air do not mix, which increases the oil life The increased space inside the tank and outside the cell can be completely filled with air. Air vents are provided in the upper part of the tank to expel the air from the outside of the air cell. The force inside the air cell must be maintained at 1.0 PSI. 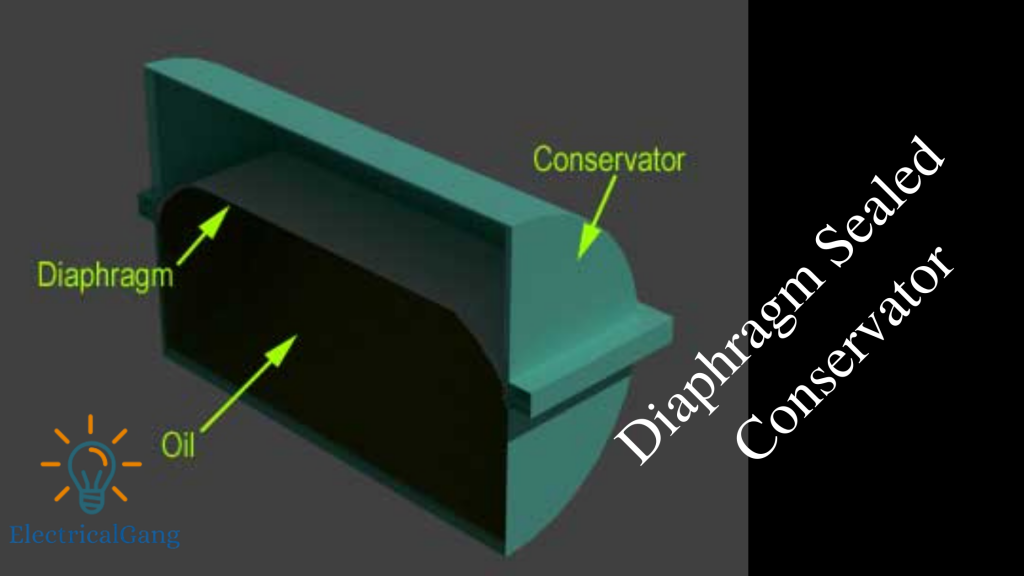 If the pump is connected to a cooling circuit, then it helps to generate gas bubbles for insulation failure in the area of ​​strong fields.

1. What is the use of the Conservator tank?

2. What is the function of the breather?

3. What is a transformer tank?

4. How many types of conservator tanks are there?

There are two types of transformer conservator tanks which are as follows.