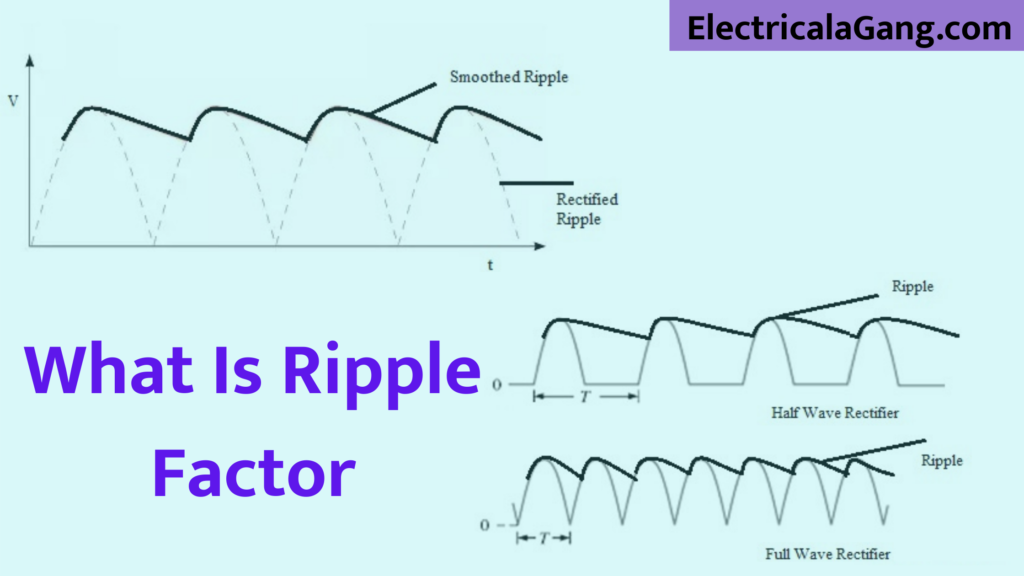 The time when the output power of the rectifier fluctuates is known as ripple. This factor is, therefore, necessary to measure the rate of fluctuation within the resolved output. This fluctuation can be reduced by using a capacitor or other type of filter.

Capacitors are used in parallel to the thyristor in most circuits like rectifiers. Otherwise, the diode acts as a filter in the circuit. This capacitor helps to reduce the wave inside the output of the rectifier. In today’s article, we will see what Ripple Factor is and its definition, calculation, its magnitude and use of RF are half-wave, full-wave, and bridge corrector.

What is Ripple Factor? 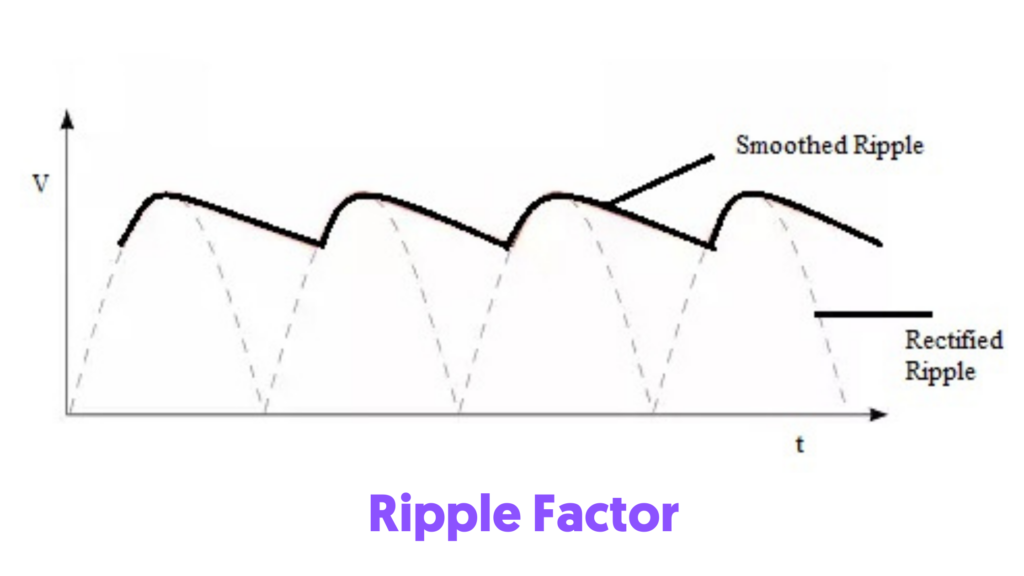 By default Ripple’s calculation indicates the clarity of the solve output. That is why not enough effort can be made to reduce RF. Here we are not going to talk about reducing the RF but we are going to talk about why there is a ripple in the output of the rectifier.

Also Read: What Is SMPS | Working Principle of SMPS | Advantages of SMPS | Applications of SMPS

An example of a single-phase full-wave rectifier is shown below. Four diodes are used in this circuit. So that the output looks like the following waveform.

According to the definition of RF, the full load current can be given by the RMS value

When the above equation is divided using IDC, then we get the following equation.

However, here Iac / Idc is the Ripple Factor Formula

Ripple Factor of Half Wave Rectifier:

Substitute the above Irms & Idc in the above equation so we can get the following.

Here, from the above derivation, we have the ripple factor 1.21 of the half-wave corrector. So it is very clear that A.C. The component crosses the DC component inside the half-wave rectifier output. It results in an extra pulse inside the output. That is, this type of rectifier is ineffectively designed to convert AC to DC. 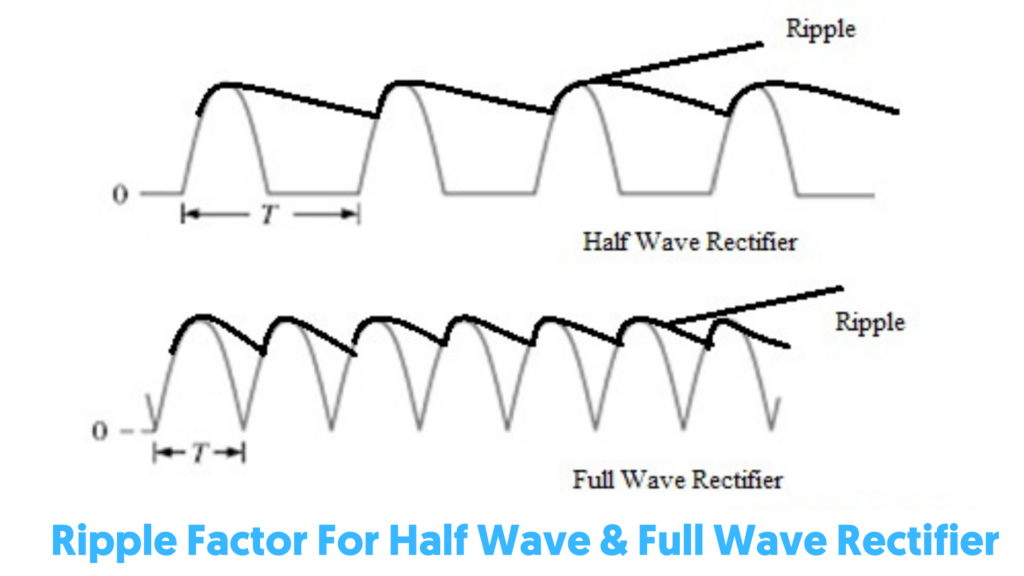 Substitute the above Irms & Idc in the above equation so we can get the following.

Here we can know the above derivation that the ripple factor of a full-wave rectifier is 0.48. So this is a very accurate and clear result that in the output of this rectifier, the DC component is higher than the AC component. For this reason, this modification can always be employed when converting AC to DC.

The factor value of the bridge corrector is 0.482. In fact, the value of RF depends mainly on the wave of the load or the output current. It does not depend on the design of the circuit. So its value will be the same for bridge-like reformers as well as for center-taped when their output waveform is the same.

There are some tools in the market that work easily with Ripple but some sensitive types of devices like audio Dio as well as test supply may not work properly due to the effects of high ripple. The wave effects of the equipment are mainly due to the following reasons.

From the information given above about the ripple factor, we can conclude that a rectifier is usually used to convert an AC signal into an electrical signal. Similarly, there are various types of rectifiers available in the market. Which can be used for improvements like full-wave rectifier, half-wave rectifier, and bridge rectifier.

All of these have specific functionality intended for the applied input AC signal. The corrector factor and efficiency of the rectifier can be measured based on the output.